Everything Is a Weapon: The U.S. Government Is Waging Psychological Warfare on the Nation 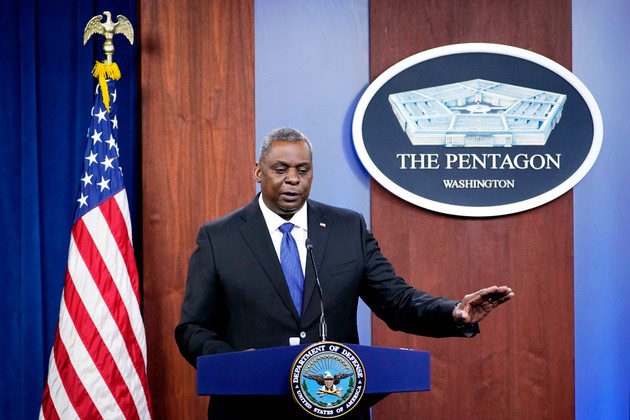 Defense Secretary Lloyd Austin speaks during a briefing at the Pentagon in Washington on May 6, 2021 about running psyops on US citizens.

“Have you ever wondered who’s pulling the strings? … Anything we touch is a weapon. We can deceive, persuade, change, influence, inspire. We come in many forms. We are everywhere.” – U.S. Army Psychological Operations recruitment video

The U.S. government is waging psychological warfare on the American people. No, this is not a conspiracy theory.

Psychological warfare, according to the Rand Corporation, “involves the planned use of propaganda and other psychological operations to influence the opinions, emotions, attitudes, and behavior of opposition groups.”

For years now, the government has been bombarding the citizenry with propaganda campaigns and psychological operations aimed at keeping us compliant, easily controlled and supportive of the police state’s various efforts abroad and domestically.

The government is so confident in its Orwellian powers of manipulation that it’s taken to bragging about them. Just recently, for example, the U.S. Army’s 4th Psychological Operations Group, the branch of the military responsible for psychological warfare, released a recruiting video that touts its efforts to pull the strings, turn everything they touch into a weapon, be everywhere, deceive, persuade, change, influence, and inspire.

This is the danger that lurks in plain sight. Of the many weapons in the government’s vast arsenal, psychological warfare may be the most devastating in terms of the long-term consequences.

As the military journal Task and Purpose explains, “Psychological warfare is all about influencing governments, people of power, and everyday citizens… PSYOP soldiers’ key missions are to influence ‘emotions, notices, reasoning, and behavior of foreign governments and citizens,’ ‘deliberately deceive’ enemy forces, advise governments, and provide communications for disaster relief and rescue efforts.”

Yet don’t be fooled into thinking these psyops (psychological operations) campaigns are only aimed at foreign enemies. The government has made clear in word and deed that “we the people” are domestic enemies to be targeted, tracked, manipulated, micromanaged, surveilled, viewed as suspects, and treated as if our fundamental rights are mere privileges that can be easily discarded.

Aided and abetted by technological advances and scientific experimentation, the government has been subjecting the American people to “apple-pie propaganda” for the better part of the last century. Consider some of the ways in which the government continues to wage psychological warfare on a largely unsuspecting citizenry.

Weaponizing violence. With alarming regularity, the nation continues to be subjected to spates of violence that terrorizes the public, destabilizes the country’s ecosystem, and gives the government greater justifications to crack down, lock down, and institute even more authoritarian policies for the so-called sake of national security without many objections from the citizenry. 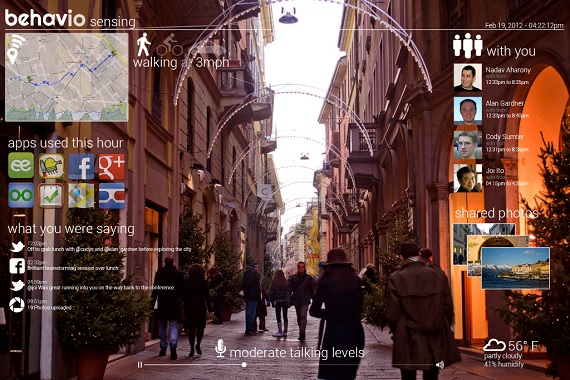 Weaponizing surveillance, pre-crime and pre-thought campaigns. Surveillance, digital stalking and the data mining of the American people add up to a society in which there’s little room for indiscretions, imperfections, or acts of independence. When the government sees all and knows all and has an abundance of laws to render even the most seemingly upstanding citizen a criminal and lawbreaker, then the old adage that you’ve got nothing to worry about if you’ve got nothing to hide no longer applies. Add pre-crime programs into the mix with government agencies and corporations working in tandem to determine who is a potential danger and spin a sticky spider-web of threat assessments, behavioral sensing warnings, flagged “words,” and “suspicious” activity reports using automated eyes and ears, social media, behavior sensing software, and citizen spies, and you have the makings for a perfect dystopian nightmare. The government’s war on crime has now veered into the realm of social media and technological entrapment, with government agents adopting fake social media identities and AI-created profile pictures in order to surveil, target and capture potential suspects.

Weaponizing digital currencies, social media scores and censorship. Tech giants, working with the government, have been meting out their own version of social justice by way of digital tyranny and corporate censorship, muzzling whomever they want, whenever they want, on whatever pretext they want in the absence of any real due process, review or appeal. Unfortunately, digital censorship is just the beginning. Digital currencies (which can be used as “a tool for government surveillance of citizens and control over their financial transactions”), combined with social media scores and surveillance capitalism create a litmus test to determine who is worthy enough to be part of society and punish individuals for moral lapses and social transgressions (and reward them for adhering to government-sanctioned behavior). In China, millions of individuals and businesses, blacklisted as “unworthy” based on social media credit scores that grade them based on whether they are “good” citizens, have been banned from accessing financial markets, buying real estate or travelling by air or train.

Weaponizing compliance. Even the most well-intentioned government law or program can be—and has been—perverted, corrupted and used to advance illegitimate purposes once profit and power are added to the equation. The war on terror, the war on drugs, the war on COVID-19, the war on illegal immigration, asset forfeiture schemes, road safety schemes, school safety schemes, eminent domain: all of these programs started out as legitimate responses to pressing concerns and have since become weapons of compliance and control in the police state’s hands.

Weaponizing entertainment. For the past century, the Department of Defense’s Entertainment Media Office has provided Hollywood with equipment, personnel and technical expertise at taxpayer expense. In exchange, the military industrial complex has gotten a starring role in such blockbusters as Top Gun and its rebooted sequel Top Gun: Maverick, which translates to free advertising for the war hawks, recruitment of foot soldiers for the military empire, patriotic fervor by the taxpayers who have to foot the bill for the nation’s endless wars, and Hollywood visionaries working to churn out dystopian thrillers that make the war machine appear relevant, heroic and necessary. As Elmer Davis, a CBS broadcaster who was appointed the head of the Office of War Information, observed, “The easiest way to inject a propaganda idea into most people’s minds is to let it go through the medium of an entertainment picture when they do not realize that they are being propagandized.” 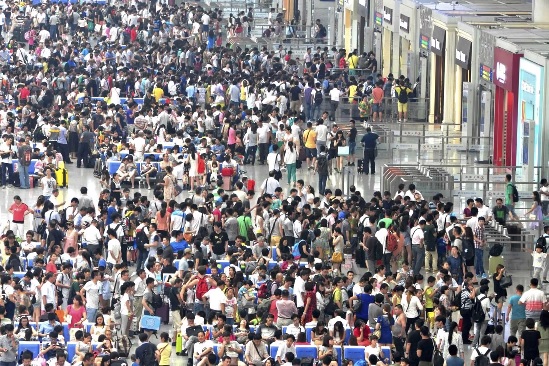 Weaponizing behavioral science and nudging. Apart from the overt dangers posed by a government that feels justified and empowered to spy on its people and use its ever-expanding arsenal of weapons and technology to monitor and control them, there’s also the covert dangers associated with a government empowered to use these same technologies to influence behaviors en masse and control the populace. In fact, it was President Obama who issued an executive order directing federal agencies to use “behavioral science” methods to minimize bureaucracy and influence the way people respond to government programs. It’s a short hop, skip and a jump from a behavioral program that tries to influence how people respond to paperwork to a government program that tries to shape the public’s views about other, more consequential matters. Thus, increasingly, governments around the world—including in the United States—are relying on “nudge units” to steer citizens in the direction the powers-that-be want them to go, while preserving the appearance of free will.

Weaponizing desensitization campaigns aimed at lulling us into a false sense of security. The events of recent years—the invasive surveillance, the extremism reports, the civil unrest, the protests, the shootings, the bombings, the military exercises and active shooter drills, the lockdowns, the color-coded alerts and threat assessments, the fusion centers, the transformation of local police into extensions of the military, the distribution of military equipment and weapons to local police forces, the government databases containing the names of dissidents and potential troublemakers—have conspired to acclimate the populace to accept a police state willingly, even gratefully.

Weaponizing fear and paranoia. The language of fear is spoken effectively by politicians on both sides of the aisle, shouted by media pundits from their cable TV pulpits, marketed by corporations, and codified into bureaucratic laws that do little to make our lives safer or more secure. Fear, as history shows, is the method most often used by politicians to increase the power of government and control a populace, dividing the people into factions, and persuading them to see each other as the enemy. This Machiavellian scheme has so ensnared the nation that few Americans even realize they are being manipulated into adopting an “us” against “them” mindset. Instead, fueled with fear and loathing for phantom opponents, they agree to pour millions of dollars and resources into political elections, militarized police, spy technology and endless wars, hoping for a guarantee of safety that never comes. All the while, those in power—bought and paid for by lobbyists and corporations—move their costly agendas forward, and “we the suckers” get saddled with the tax bills and subjected to pat downs, police raids and round-the-clock surveillance.

Weaponizing genetics. Not only does fear grease the wheels of the transition to fascism by cultivating fearful, controlled, pacified, cowed citizens, but it also embeds itself in our very DNA so that we pass on our fear and compliance to our offspring. It’s called epigenetic inheritance, the transmission through DNA of traumatic experiences. For example, neuroscientists observed that fear can travel through generations of mice DNA. As The Washington Post reports, “Studies on humans suggest that children and grandchildren may have felt the epigenetic impact of such traumatic events such as famine, the Holocaust and the Sept. 11, 2001, terrorist attacks.”

Weaponizing the future. With greater frequency, the government has been issuing warnings about the dire need to prepare for the dystopian future that awaits us. For instance, the Pentagon training video, “Megacities: Urban Future, the Emerging Complexity,” predicts that by 2030 (coincidentally, the same year that society begins to achieve singularity with the metaverse) the military would be called on to use armed forces to solve future domestic political and social problems. What they’re really talking about is martial law, packaged as a well-meaning and overriding concern for the nation’s security. The chilling five-minute training video paints an ominous picture of the future bedeviled by “criminal networks,” “substandard infrastructure,” “religious and ethnic tensions,” “impoverishment, slums,” “open landfills, over-burdened sewers,” a “growing mass of unemployed,” and an urban landscape in which the prosperous economic elite must be protected from the impoverishment of the have nots. “We the people” are the have-nots.

The end goal of these mind control campaigns—packaged in the guise of the greater good—is to see how far the American people will allow the government to go in re-shaping the country in the image of a totalitarian police state.

The facts speak for themselves. Whatever else it may be—a danger, a menace, a threat—the U.S. government is certainly not looking out for our best interests, nor is it in any way a friend to freedom. 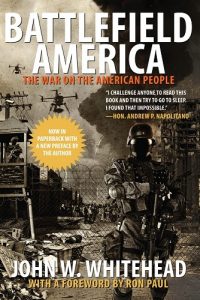 What we have is a government of wolves. Our backs are against the proverbial wall. “We the people”—who think, who reason, who take a stand, who resist, who demand to be treated with dignity and care, who believe in freedom and justice for all—have become undervalued citizens of a totalitarian state that views people as expendable once they have outgrown their usefulness to the State.

Brace yourselves. As I make clear in my book Battlefield America: The War on the American People and in its fictional counterpart The Erik Blair Diaries, “we the people” have become enemies of the Deep State.