Everything is downstream from education 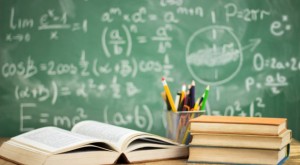 On Monday, the American Thinker published a column by Bruce Deitrick Price entitled “K-12: Six Steps to Reform Education Right Now.” In it he offered up transparently useful reforms regarding the mastering of reading, writing, math, geography, history and science, all of which would lead inexorably to the development of critical thinking skills. “Immediately, we will start having educated children again,” Price asserts. All well and good save for one inconvenient reality: the premise is flawed. Half of America doesn’t want educated children. They want indoctrinated children.

As one who has written about education for a long time, I used to believe the dumbing-down of American school children was mostly borne of incompetence, courtesy of an Education Establishment that worshipped at the altar of “innovation,” even when it became demonstrably clear that much of it produced disastrous results. For example, it didn’t matter that phonics and rote recitation of the times tables produced generations of children proficient in math and reading. All that mattered was inculcating “cutting edge” ideas like Whole Reading and Common Core math into the curriculum. And when the inevitable failure occurred?

Which brings us to the second dynamic utterly inimical to a well-informed nation: union-controlled public schools, marching in lockstep with the Democrat Party. The American Federation of Teachers (AFT) and the National Education Association (NEA), respectively contribute 100% and 98.6% of their campaign donations to Democrats, and the quid pro quo resulting from this unholiest of unholy alliances has become transparent: the party of big government needs government-dependent cannon fodder, and union-controlled schools are more than willing to provide it.

Another reality with regard to this odious status quo is hardly ever discussed. All unions exist solely to benefit their members. Thus even under the best of circumstances, the needs of parents and their children remain a secondary consideration to teachers unions that promote—and protect—the interests of their members.

Protection is the most grievous part of the equation. In most circumstances, removing rank incompetents is such an arduous process that the term “rotten apple” has become part of the lexicon, and “passing the rotten apple” from one school to another becomes standard operating procedure. Other union-protection schemes include lowering standards to produce higher graduating rates, cheating, and corruption so appalling that teachers in Atlanta’s grade-fixing scandal were convicted of racketeering.

Thus, it should surprise no one that a whopping 40-60% of high school “graduates” need remediation classes in English or math — or both — before entering college, and that only 36% percent of eighth-graders are proficient in reading, and only 34% are proficient in math.

Yet somehow failing to teach more than six in 10 children basic skills — year after year —has become acceptable.

Why? Because when one nurtures a sufficient number of semi-literate, semi-numerate, and ultimately government-dependent individuals who know virtually nothing about civics, history or the Constitution —but everything about an inherently flawed nation that requires “fundamental transformation”—one further enables a Democrat Party seeking permanent power by any means necessary.

Unfortunately, conservatives have abided this agenda for far too long, and nothing speaks to that reality more forcefully than the Democrat takeover of the House, based mostly on their promise to “reform” healthcare. In other words, the party solely responsible for screwing up healthcare in the first place was given a mandate to fix it, and half that party’s current idea for fixing it is Medicare for All, which would be ObamaCare on steroids, making all the skyrocketing prices for insurance it engendered look tame by comparison..

A disconnect that profound is highly indicative, courtesy of a majority of voters who also believe the word “free” actually has merit when it’s attached to programs or ideas that actually cost billions of dollars to implement, and don’t understand that the “greater good” is really a synonym for the “equal sharing of misery.”

Bottom line: it’s time for a national accounting. The Senate should hold nationally televised hearings on the state of American education, from pre-school through graduate school. It is one of the few venues where the filter of a corrupt mainstream media is least likely to be imposed, and where the rogue’s gallery of scam artists, activists, and propagandists purporting to be educators can be taken to task in no uncertain terms. A rogue’s gallery that has become comfortable indoctrinating America’s students with contemptible nonsense that includes disseminating the transgender and “white privilege” agenda to elementary school children, the “hate speech” and “identity politics” agenda to college students, and the “social justice” agenda to future lawyers at grad schools like Harvard and Brown.

We’ve reached a tipping point. Critical thinking skills have been largely replaced by emotion, and stoking that emotion for the purposes of political advantage is becoming routine. Nothing speaks to this reality better than the Kavanaugh hearings, where decency and decorum—along with the bedrock principles of jurisprudence—were cast aside by an angry mob and its Democrat enablers.

The late Andrew Breitbart asserted that politics is “downstream” from culture. Everything is downstream from education, and unless we fix it, our devolution into another failed socialist state—or worse—is virtually assured. Fifty years of carefully orchestrated ignorance and mediocrity is more than enough.