Italy arrests mafia and charity workers for profiting off migration

(WNS)–Italian authorities on May 15 arrested 68 people, including a priest, for working with a mafia group to exploit millions of dollars of public funds that had been allocated to assist migrants at the country’s welcome center. The authorities also arrested the head of a Catholic volunteer group called Mercy and seized up to $93 million worth of assets from the mafia group.

An Italian prosecutor also said he’s investigating some members of humanitarian organizations for potentially cooperating with smugglers who ferry migrants from Libya to Italy. Chief prosecutor Ambrogio Cartosio said suspicions began after some rescue crewmembers knew in advance where to find migrant-crowded boats at sea. Rescue workers have in past months faced accusations of serving as a taxi service for the migrants they rescue. 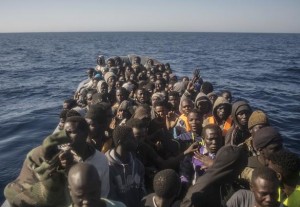 The aid workers argue they are only fulfilling their obligations to assist people in distress and have called on Europe to create more safe legal channels for migrants instead. The rescue workers operate on international waters unless they have permission to operate along the Libyan coast. The interests of some rescue groups in seeing migrants to safety conflict with the Libyan coast guard’s crackdown on human trafficking.

Some volunteers with Sea Watch, a German charity that runs a rescue vessel in the Mediterranean, last week said the Libyan coast guard intercepted its ship as it tried to rescue at least 350 migrants from international waters. The coast guard told UK-based The Independent it was taking the migrants back to a Libyan detention center. But volunteers said some of the migrants needed medical attention and argued they would face inhumane conditions in detention.

“It’s not a safe country for anybody,” said Owen Thurgate, who was on the ship when the incident happened.

Some 49,310 migrants have crossed the Mediterranean into Europe this year, and another 1,316 others have died along the journey. Italy is battling with the largest inflow as 9,982 more migrants have made the journey from Libya this year compared to last year. The rising numbers show how growing smuggling networks in Libya are thriving in the country’s political instability. The resulting crisis has left Italy scrambling for effective solutions while it also tackles corruption allegations within some of the migrant-response groups.

While the EU searches for an effective solution to the migrant crisis, the United States has seen a decline in migrant activity at the country’s southwest border with Mexico. The country witnessed 15,780 apprehended and inadmissible migrants at the border last month compared to 48,502 migrants during the same time last year, according to the U.S. Customs and Border Protection.

Sudan Fratzske, an analyst with the Migration Policy Institute’s international program, said the United States has declared a clear stance on migration, but also stepped up its policy enforcement and deportation efforts. The United States has long-standing agreements with Mexico on returning deported migrants, she added. The EU could see similar declining figures, if it is able to improve border enforcement equally and make agreements with the migrant-producing countries.

“It’s a whole change in the political environment, not just the border,” Fratzke said.

Rescue workers over the weekend assisted some 484 migrants and said at least 20 others may have died as they made the tumultuous journey across the Mediterranean into Europe.