HOLLYWOOD, CA (ANS) – Dr. Ted Baehr, media critic and founder of Movieguide®: The Family Guide to Movies and Entertainment and the Christian Film & Television Commission®, has announced the nominees for the 24th Annual Faith & Values Awards Gala and Report to the Entertainment Industry, set for Friday, Feb. 5, 2016, the Universal Hotel in Los Angeles.

According to a news release, Cinderella, The Good Dinosaur, The 33, And War Room are up for multiple awards at the Gala, with The 33 and War Room vying for the $200,000 Epiphany Prize for the Most Inspiring Movie of 2015. 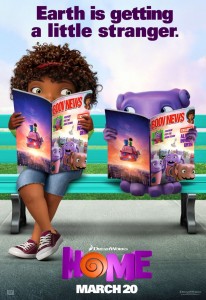 The Epiphany Prizes are supported by a grant from the John Templeton Foundation (www.templeton.org). They are given every year to the best, most inspiring movie and television program that resulted in a “great increase in man’s love or understanding of God.”

Another highlight will be the presentation of the First Annual Bradley Foundation Faith & Freedom Movie Award for the best movie of 2015 promoting positive American values, supported by a grant from the Lynde and Harry Bradley Foundation (www.bradleyfdn.org).

Movieguide® will also present awards to the Best Movie for Families, the Best Movie for Mature Audiences, and the Grace Awards for the Most Inspiring Performances in Movies & TV, given to the best actors or actresses who best exemplified God’s grace to human beings.

The nominees for 24th Annual Faith & Values Awards include (in alphabetical order):

The 33, Brooklyn, Captive, Do You Believe?, Manny, War Room And Woodlawn.

Cinderella, The Good Dinosaur, Home, Inside Out, Max, Paddington, The Peanuts Movie, Shaun The Sheep Movie, The Spongebob Movie: Sponge Out Of Water And War Room.

Most Inspiring Performance for Movies

Most Inspiring Performance for Television

Author of “The Culture-Wise Family” and “How To Succeed in Hollywood (Without Losing Your Soul),” Dr. Baehr is chairman of the Christian Film & Television Commission® (CFTVC) and its family guide to movies and entertainment, Movieguide® (www.movieguide.org). CFTVC and Movieguide® are an international, non-profit ministry dedicated to “redeeming the values of the entertainment industry by influencing industry executives and by informing and equipping the public about the influence of the entertainment media.”

At the Awards, Dr. Baehr will present highlights from Movieguide®’s 2015 Report to the Entertainment Industry, a comprehensive financial analysis of the movie business showing what kinds of movies and what kinds of movie content moviegoers favor the most with their hard-earned money.

The 24th Annual Faith & Values Awards Gala and Report to the Entertainment Industry, affectionately known as the Teddy Bear Awards, has announced that an hour-long version of the awards will be telecast on the REELZChannel Feb. 22 and 24, 2016.

Viewers tuning in either evening can learn what movie will win the Crystal Teddy Bear Award for the Best Family Movie of the Year. Will it be “The Peanuts Movie”? Or will it be Pixar’s “Inside Out”? Or, DreamWorks “Home,” Or, “Cinderella” about courage and kindness, Or, maybe “Paddington,” about the lovable bear from the Amazon Forest?