Faithfulness Is The Foundation

Mississippi lawmakers this week said they want to designate the Bible as the state book. At least two bills are being filed during this state election year to make the holy book a state symbol. Rep. Miles told The Associated Press on Monday he’s not trying to force religion or even reading on anyone. “The Bible provides a good role model on how to treat people,” Miles said. “They could read in there about love and compassion…

In 2014, Republican Gov. Phil Bryant signed a law that adds “In God We Trust” to the state seal. Legislators also begin each workday with a prayer over the microphone at the front of the House and Senate chambers, frequently with references to Jesus. It’s unlikely the proposal will generate much opposition in the Legislature this election year…”because the people of Mississippi respect and honor the Word of God. They are wise to do so even though the Associated Press and other mainstream media mock and demean them for doing so. It is a wise and perceptive people who honor the Word of God and seek to conform their own lives and the life of the community to the Word of God.

Following God’s instruction book is always the wisest path in life, for this book is the book of life. You would be correct to understand that it is the owner’s manual given to us by our Creator. Do you want to know how to live the right way, the way you were designed by your manufacturer? Here is the owner’s manual that if you follow it will yield the blessings our Creator has prepared for us. 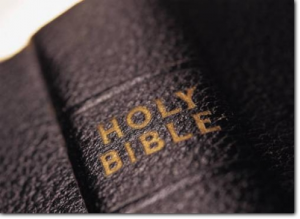 The founders of our land understood this as they undertook the task of creating a civil government that would enjoy the blessings of liberty.

Consider what the 2nd President of the United States, Signer of the Declaration of Independence, Member of the Continental Congress, Ambassador to France, First Ambassador to Great Britain John Adams wrote in his personal journal 2/22/1756. “Suppose a nation in some distant region should take the Bible for their only law book, and every member should regulate his conduct by the precepts there exhibited! Every member would be obliged in conscience, to temperance, frugality, and industry; to justice, kindness, and charity towards his fellow men; and to piety, love and reverence toward Almighty God…What a Eutopia, what a Paradise would this region be.”

In contrast to that understanding is the attitude today. Nowadays many assert that the Word of God, if everyone obeyed it, would only bring sadness, misery and repression, not a blessing but a curse. Who has it right, our founders or the media, academia and elite of our day?

I believe among the commandments of God the most rejected commandment of the Ten in our day is the Seventh Commandment, “Thou shalt not commit adultery.” The lie that has been sold to our society is that obeying the Seventh is not in our best self interest, but that to obey it is repressive, damaging and downright unhealthy.

Well let’s look at what God’s Word states in Proverbs 6. “My son, keep thy father’s commandment, and forsake not the law of thy mother: Bind them continually upon thine heart, and tie them about thy neck. When thou goest, it shall lead thee; when thou sleepest, it shall keep thee; and when thou awakest, it shall talk with thee. For the commandment is a lamp; and the law is light; and reproofs of instruction are the way of life: To keep thee from the evil woman, from the flattery of the tongue of a strange woman. Lust not after her beauty in thine heart; neither let her take thee with her eyelids. For by means of a whorish woman a man is brought to a piece of bread: and the adulteress will hunt for the precious life.

Can a man take fire in his bosom, and his clothes not be burned? Can one go upon hot coals, and his feet not be burned? So he that goeth in to his neighbour’s wife; whosoever toucheth her shall not be innocent. Men do not despise a thief, if he steal to satisfy his soul when he is hungry; But if he be found, he shall restore sevenfold; he shall give all the substance of his house. But whoso committeth adultery with a woman lacketh understanding: he that doeth it destroyeth his own soul.”

Where do you stand on this issue? Who will you serve? The world, which says, “if it feels good do it” or will you be faithful and serve the Lord and abide in His Word? “…As for me and my house, we will serve the LORD.”