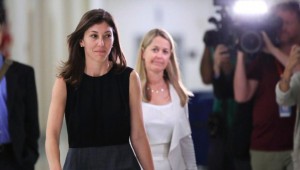 And while Democratic lawmakers and the mainstream media prop up Russia as America’s boogeyman, it was ironically the Chinese who acquired Hillary’s treasure trove of classified and top secret intelligence from her home-brewed private server.

And a public revelation of that magnitude — publicizing that a communist world power intercepted Hillary’s sensitive and top-secret emails — would have derailed Hillary Clinton’s presidential hopes, overnight. But it didn’t, simply because it was concealed. 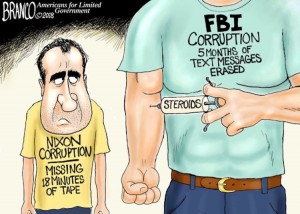 FBI bosses knew of the breach yet did nothing to investigate, seemingly trying to run out the clock on the alarming revelations to protect Hillary during her heated presidential campaign with Trump. So instead of investigating the hacking of Clinton’s server, FBI bosses sat quietly and did nothing to confirm the Chinese assets were linked to their government or assess the damage such a tremendous breach posed to national security.

Did the Chinese government access Hillary’s emails? The FBI didn’t care enough to investigate at the risk of besmirching Clinton and further soiling her during the election. 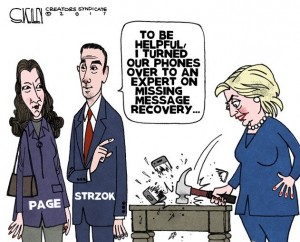 Hundreds of top secret documents and even the president’s daily travel and security itineraries were on that server — and intercepted by a communist country — yet the FBI sat on the evidence. Likewise, all of Clinton’s and her inner circle’s outgoing emails were compromised as well, sources confirmed.

Even the Inspector General had tipped off the FBI — specifically Strzok — about the foreign breach. Still, no timely case was pursued. That same cover-up pattern fits FBI bosses who time after time stalled and concealed other criminal intelligence on Clinton in the weeks prior to the election.

Is anyone going to go to prison for politicizing the FBI and covering up countless crimes committed by FBI personnel in a variety of coordinated schemes to protect Hillary and the Democrats?