U.S. District Judge Sam Sparks delayed the law until Jan. 6 and will hear further arguments from Texas Assistant Attorney General John Langley and the pro-abortion Center for Reproductive Rights, which filed suit against the law last week. Sparks said he hopes both sides will put “their best feet forward” for the hearings on Jan. 3-4. 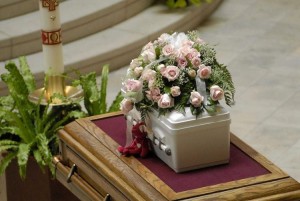 The Center for Reproductive Rights said the law would “restrict a woman’s right to access safe and legal abortion by increasing both the cost of reproductive healthcare services and the shame and stigma surrounding abortion and pregnancy loss.”

But Langley argued the cost would remain the same, since abortion centers and hospitals that perform abortions already spend money on disposing of dead babies. “These regulations in no way, in any way, shape or form, regulate women,” he added. “They only regulate healthcare facilities.”

The Texas Catholic Conference announced last week it was crafting plans to bury miscarried or aborted babies for free in its cemeteries. “To bury the dead is a work of mercy,” executive director Jennifer Carr Allmon said.

Sparks is expected to make a final decision by Jan. 6.