(WNS)–A federal judge ruled in favor of Puerto Rico’s law defining marriage as between a man and a woman this week in an opinion that affirmed both states’ rights and traditional family structure.

In his opinion, Pérez-Giménez wrote that heterosexual marriage was essential to society and echoed many conservative voices in his concern that changing the definition of marriage opens the door to legalizing polygamous and incestuous relationships.

“Ultimately, the very survival of the political order depends upon the procreative potential embodied in traditional marriage,” he said. “Those are the well-tested, well-proven principles on which we have relied for centuries.” 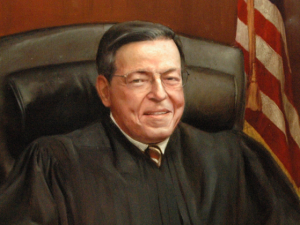 His decision stands out among others by about two dozen judges on the U.S. mainland who overturned state marriage laws following the 2013 landmark Supreme Court ruling U.S. v. Windsor. In his opinion, Pérez-Giménez said those judges wrongly interpreted Windsor, which struck down a federal provision that denied some tax, health, and veteran’s benefits to legally married gay couples. The ruling did not, however, declare gay marriage legal on a national scale. Windsor was a bolstering of states’ rights, he wrote.

By knocking down a national marriage law but not declaring gay marriage legal, Pérez-Giménez’s reasoning goes, the court was really affirming the authority of states to determine their own marriage laws. That right extends to territories such as Puerto Rico.

“Because no right to same-gender marriage emanates from the Constitution, the Commonwealth of Puerto Rico should not be compelled to recognize such unions,” he wrote in the 21-page ruling. “Instead, Puerto Rico, acting through its legislature, remains free to shape its own marriage policy.”

Lambda Legal, a national homosexual rights group, is representing the five couples. Attorney Omar Gonzalez-Pagan said the decision surprised the couples. Puerto Rico is the only jurisdiction in the 1st U.S. Circuit Court of Appeals—which also includes Maine, New Hampshire, Massachusetts, and Rhode Island— that does not allow same-sex marriage. It remains to be seen how the judge’s ruling will affect other cases around the country.