(WNS)–The federal government told a suburban Chicago school district it has 30 days to comply with demands for transgender equality or be punished. A letter dated Nov. 2 from the U.S. Department of Education’s Office of Civil Rights (OCR) to Township School District 211 outlines not only the government’s unrelenting demands, but also its rejection of the district’s argument that boys and girls should not see each other naked in high school. 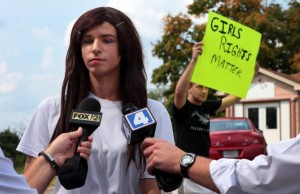 The dispute arose over locker room access for a biologically male student who lives as a girl. The district calls the student by a female name and pronouns, allows the student to play on girls’ athletic teams, and lets the student use female bathrooms. But the student, who has not been identified, cannot access the girls’ locker rooms and has to change clothes for PE class and other activities in a separate bathroom.

The school district in Palatine, Ill., put up privacy curtains in the girls’ PE locker room and offered to let transgender students change there if they undressed behind the curtains. But that was not enough for the OCR, which has said the privacy curtains are discriminatory unless all girls are required to use them. Even though the student who filed the complaint has expressed an intention to use the private changing area, the OCR still says the district is violating the student’s rights by imposing a requirement not all students must meet.

“Each of the alternatives provided or proposed for Student A continued or would continue to exclude Student A from the girls’ locker rooms and set her apart from her female classmates and teammates,” the OCR letter stated. 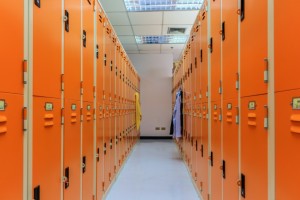 The school noted two concerns it had in giving full locker room access to the student: First, a biological male would have opportunity to see girls changing clothes, and second, girls might see the student’s “biologically male body.” OCR said those concerns were “unavailing in this case,” and called them a pretext.

But in a statement issued Monday, the school district stood firm on the principle that anatomical sex differences matter when educating teens.

“The students in our schools are teenagers, not adults, and one’s gender is not the same as one’s anatomy,” the district stated. “Boys and girls are in separate locker rooms—where there are open changing areas and open shower facilities—for a reason.”

The OCR is still willing to negotiate with the school district, according to the letter, but the district risks losing about $6 million in federal funding if it doesn’t work out a deal in the next month.