By Deborah Hamilton
KANSAS CITY, Mo. – Sixty years ago, a young basketball coach, Don McClanen, wondered why athletes endorsed products like shaving cream and cigarettes, but not a Christian lifestyle. That insight became the backbone for one of the largest organizations in the world that serves athletes and coaches, all while bringing glory to Jesus Christ. 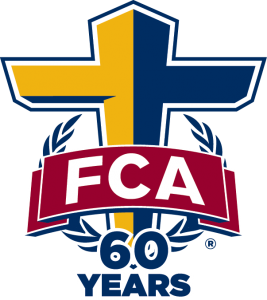 Now, the Fellowship of Christian Athletes (FCA, www.fca.org), founded by McClanen in 1954, is celebrating six decades of touching lives-one heart at a time.

“To look back over 60 years and realize the athletes and coaches who have been shaped by the Fellowship of Christian Athletes is remarkable,” said Les Steckel, FCA President and CEO. “We are so thankful for all who have helped FCA grow to where it is today and have encouraged young athletes to lead lives that are dedicated to Christ, both on and off the playing field. Athletics offers continual opportunity either to portray Christ or to elevate the world’s standards. By choosing to honor Christ, players and coaches impact not only their own teams but also all who interact with them, look up to them and even oppose them on the playing fields.”

The first FCA National Conference was held in 1956 in Estes Park, Colo.-a precursor to today’s FCA Camps, which are a staple of FCA’s ministry, growing to 516 camps in 40 states and 33 countries with an attendance of 86,557 in 2014. This past summer, 10,137 campers made a first-time commitment to Christ, and 9,642 more rededicated their lives to Him.

Building on the words of Billy Graham, who said, “A coach will influence more people in a year than most people will in a lifetime,” FCA focuses on reaching coaches as well as athletes.

According to the FCA web site, “For 60 years, the Fellowship of Christian Athletes has never stopped moving, never stopped growing. Whether it existed only in the form of a dream and stack of old magazine articles in a basketball coach’s dresser drawer, or in the very real possibility of reaching every corner of the earth, the vision remains the same: to see the world impacted for Jesus Christ through the influence of coaches and athletes.”

For more information about the Fellowship of Christian Athletes, visit www.fca.org.