Harvey and Irma, hurricanes that left wide paths of destruction in Texas and Florida, respectively, showed the resilience of communities coming together for recovery efforts. Thousands of people lost their homes during the storms and many fled to houses of worship for shelter. Republican Sens. Ted Cruz and John Cornyn of Texas, Roy Blunt of Missouri, and James Lankford of Oklahoma think churches should be eligible for emergency federal grants, just like secular nonprofit organizations. 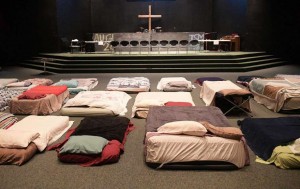 “This policy is discriminatory and wrong,” Cruz said. “We must ensure that religious organizations are eligible for federal assistance on the same terms as other nonprofits after being damaged or destroyed during natural disasters.”

It’s unlikely the legislative effort will win support from across the aisle, but court precedent could be in the church’s favor. In June, the U.S. Supreme Court ruled 7-2 in favor of a Missouri church receiving a public grant to improve its playground. The justices, including two appointed by Democratic presidents, ruled the state cannot deny the church grant money, which benefitted the broader community, simply because it is a church.