by Ethan A. Huff 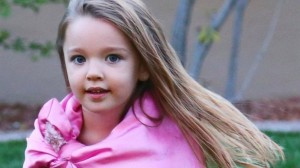 (NaturalNews) Another youngster has been reported dead after getting a flu shot, the latest victim of an ongoing genocide campaign masquerading as medicine. Five-year-old Kiera Driscoll allegedly developed a cough and fever not long after getting jabbed, claim reports, and just hours later collapsed, was put on life support, suffered cardiac arrest and died.

Oddly similar to some of the reported deaths at Sandy Hook, young Kiera’s interests, favorite color, favorite restaurant and other personal details made it into news reports following her untimely fate. Kiera, who is said to have lived with her parents in Las Vegas, Nevada, reportedly contracted influenza A, the same strain of flu virus contained in the vaccine she received.

According to the Daily Mail Online, Kiera was taken to a local Quick Care clinic and put on steroids and a nebulizer after she started to feel sick following the shot. A few hours later, after she allegedly collapsed, Kiera’s mother Tiffany attempted to perform CPR on her, which ultimately failed, resulting in the young girl having to be placed on life support at the hospital.

A student at the American Heritage Academy (AHA), a private school that the media made a point of emphasizing is located on South Sandhill Road in Las Vegas, Kiera’s parents decided to take their daughter off life support the day after she was placed on it. They apparently believed that she didn’t have a chance, and she is reported as having died of cardiac arrest before the machine was turned off anyway.

“She was the first one to come up and give somebody a hug,” stated AHA’s principal Laurel Beckstead, who is also Kiera’s aunt, to Fox 5 News about Kiera’s character. “She liked everyone,” Beckstead added, noting that Keira was “a happy girl” who was “always curious and loved learning.”

The story, as reported by the Daily Mail Online, includes strange photos in a hospital room with Kiera’s parents, a closeup photo of larger hands holding a smaller one with an IV tube attached, details about the child’s wake, which is reported to have taken place at Kiera’s favorite restaurant — a buffet place known as Sweet Tomatoes — and other details about Kiera’s classmates all wearing purple to school the following day — because it was Kiera’s favorite color.

Despite this unusual account, which may seem familiar if you’ve been following national news stories the past few years, the media is reporting that Kiera’s death is one of dozens that have occurred in recent months. Even though more people have been vaccinated for the flu this year than last, flu deaths continue to rise, suggesting further that the flu shot is incapable of providing real protection.

According to data published by the U.S. Centers for Disease Control and Prevention (CDC), 56 children have died so far in the U.S. during this current flu season. In the first week of the year alone, 19 children have reportedly died, and 8,000 in total have been hospitalized for flu complications since the start of last October.

The CDC has also admitted that as many as 75 percent of all people who were vaccinated for the flu this season will still get the flu anyway, the result of viral mutations and circulating strains that differ from the ones included in the vaccine.

“Even though Kiera has been taken from us unexpectedly, we believe that her time here, her mission was fulfilled and that she is in a better place,” added Kiera’s mother in yet another strange eulogic soundbite to the media.