NEW DELHI (Reuters) International agencies and governments rushed on Sunday  (April 26) to send search and rescue teams, doctors and medicines to Nepal where an earthquake has killed more than 3,200 people and left tens of thousands without food, water or shelter.

Teams from India, Pakistan, the United States, China and Israel were already on the spot to help, said the United Nations, as overwhelmed rescuers dug with their hands through the rubble to look for thousands still missing. 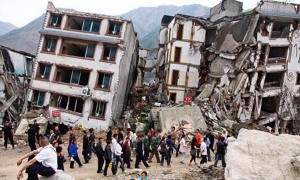 Other international search teams have or are scheduled to arrive in the capital Kathmandu, with units from Japan, the United States and Britain equipped with sniffer dogs and equipment for heavy lifting.

At least 6,000 people have been injured, according to the government, and treating them and other survivors who are pulled from the wreckage remains a serious challenge.

“The priority remains saving lives and immediate search and rescue ongoing,” said a report from the office of the U.N. Resident Coordinator in Nepal.

There has been widespread damage and destruction of buildings, roads and other infrastructure, said aid workers, adding that more than 60 aftershocks, including a 6.7 magnitude quake on Sunday, had led to further devastation.

The first 96 hours after the quake was critical, they said.

“It’s already been over 24 hours. Every minute is precious for the people who are trapped under the rubble of buildings,” said Unni Krishnan, head of disaster response and preparedness for Plan International.

“They are likely to be dehydrated, have breathing difficulties due to a lack of oxygen, injuries to head and spine and may be losing blood.”

In Kathmandu Valley, hospitals are overcrowded and are running out of room for storing dead bodies, said aid workers, adding that hospitals were also running short of emergency supplies. Some are treating people in the streets.

As well as financial assistance and relief materials, Nepal has asked the international community for medical teams, supplies and tenting for hospitals, body bags, heavy equipment for removing rubble and helicopters to evacuate the injured.

The U.N. Children’s Fund estimates at least 940,000 children have been severely affected in the area which includes Dhading, Gorkha, Rasuwa, Sindhupalchowk and Kathmandu districts.

“This crisis leaves children particularly vulnerable — limited access to safe water and sanitation will put children at great risk from waterborne diseases, while some children may have become separated from their families,” UNICEF said. 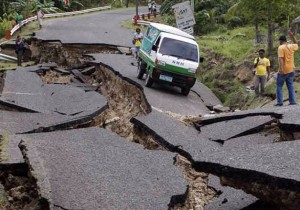 It has been difficult to assess the full scale of the disaster as many areas outside of Kathmandu are inaccessible due to damaged roads and landslides. Communications and electricity are intermittent.

Compounding the matter, aid workers say their staff and even those trained in disaster response were themselves traumatized by the disaster and series of aftershocks, with some seeing their family members dying and their property destroyed.

Assessments and coordination between aid agencies led by the Nepali government are beginning to get underway and aid workers hoped to begin delivering emergency food rations, clean drinking water, blankets and tarpaulin sheets to survivors on Monday (April 27).

Relief camps are likely to be established in coming days.

“Hundreds of thousands are sleeping out in the open as they are too scared to go back in a building because of all the aftershocks,” said Oxfam India’s humanitarian manager Zubin Zaman.

“It is cold, it is dark and it is now raining. They have no protection, no shelter. We need to move quickly.”