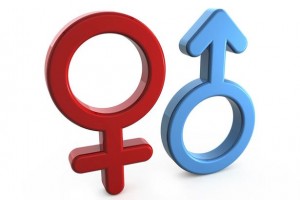 (WNS)–France’s highest court last week rejected the notion of a “neutral” gender. The ruling upheld a lower court’s decision denying a French citizen with a sex development disorder the right to use “neutral” as an official gender.

The Cour de Cassation, France’s supreme court, ruled that the distinction between male and female was “necessary to the social and legal organization, of which it is a cornerstone,” and that the recognition of a neutral gender would have “profound repercussions on rules of French law” and necessitate legislative changes, according to Agence France-Presse.

The plaintiff, a 65-year-old psychotherapist from eastern France known by the pseudonym Gaetan Schmitt, was assigned male at birth despite having intersex genitalia. Schmitt is married to a woman and has an adopted child but claims to be neither male or female.

In 2015, a family affairs judge in Tours ruled in Schmitt’s favor, but an appeals court overturned the ruling last year.

Schmitt’s attorney, Bertrand Périer, called the high court ruling a “missed opportunity,” in an interview with The New York Times. “I don’t see why France’s social or legal organization would necessitate gender binarism.”

Périer said Schmitt was raised as a boy because his mother wanted a son.

Only a few countries, including Australia, Nepal, India, and New Zealand, have a legal third gender. Other countries allow parents to delay declaring a gender for babies born with a sex development disorder, but only for a limited time.

Schmitt plans to take the case to the European Court of Human Rights. But even if that court reversed last week’s ruling and affirmed the family affairs judge’s declaration that Schmitt should have right to use a “neutral” gender because of a sex development disorder, the ruling would still link gender to biology.

Some activists say that is unacceptable and are pushing for laws like New Zealand’s, which allow transgender and cross-dressing people, in addition to those with intersex genitalia, to also use a third category—“gender diverse”—as their legal gender.

But gender is inherently biological, according to a scientific study released earlier this year that found more than 1,500 sex-specific genes throughout the body. The study by Moran Gershoni and Shmuel Pietrokovski at the Weizmann Institute of Science was looking for an explanation for the prevalence of certain diseases in men and women.

They found many genes are expressed—or copied out to make proteins—differently in men and women in many more ways than previously imagined.

“Overall, sex-specific genes are mainly expressed in the reproductive system, emphasizing the notable physiological distinction between men and women,” the report, published in BMC Biology, said. “However, scores of genes that are not known to directly associate with reproduction were also found to have sex-specific expression (e.g., the men-specific skin genes).”

In addition to 1,559 sex-specific genes, Gershoni and Pietrokovski found over 6,500 genes with significant sex-differential expression. These sex-linked genes were found not only in reproductive organs and the mammary (milk-producing) tissue, but also the skin, skeleton, heart, brain, lungs, and stomach, among other areas.

The study said more research is needed to understand how the differences between men and women cause disease and change the way each sex responds to treatment.