(CP) – It’s been close to two decades since Fred Hammond has recorded a live album, but the gospel singer announced that he will soon record a live worship experience. 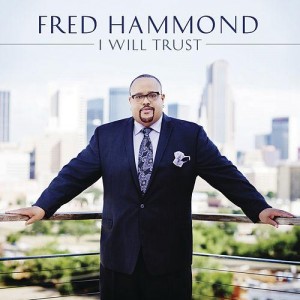 Hammond will team up with Derek “DC” Clark, Calvin Rodgers, Phillip Feaster, Lawrence C. Jones for the production of his new music, which will be recorded during a live worship experience at the Fountain of Praise Church in Houston.

It is unclear which musical direction Hammond is headed in with his upcoming live recording. He previously spoke to The Christian Post about feeling limited by gospel music at times. “I have so many styles of music in me that I want to portray but I have to try to limit myself to this box,” he admitted. “But praise and worship is what it is and you cater to the church so that’s kind of where you’ve got to stay.”

Still, Hammond said he realizes why he has survived so many years in the gospel music industry. “I really believe it’s a calling and that’s not just something to say that sounds great. I believe I was born for this, to tell people about the Lord,” Hammond previously told CP. “I just wanted to find the best way that I could do it and music. God graced me to be able to do it and that was the way that I chose to be effective and tell people that the Lord loves them. It’s something inside of me that’s more than a contract that I have, which I’m grateful for.”

Although it’s been two years since Hammond has released a record and over a decade since his last live recording, he has been touring to stay connected with fans. Last year, he put together the Festival Of Praise tour, which featured gospel music heavyweights Donnie McClurkin, Kim Burrell, Hezekiah Walker, Jessica Reedy, Isaac Carree, Israel Houghton and Zacardi Cortez.

He spoke about the importance of teaming up with his peers in the gospel music industry. “We don’t perform separately…It creates a sense of togetherness and unity,” Hammond told Detroit News. “I could do it by myself. They could all do it by themselves. But it allows us to see ourselves in a different light and it allows the people to see us in a different light.”