Fukushima’s fifth anniversary: Is the cancer risk worse than Chernobyl?

(NaturalHealth365) This month marks the 5 year anniversary of the worst man-made nuclear disaster since Chernobyl: the Fukushima Daiichi Nuclear Plant disaster. On March 11th, 2011, in response to a 9.0 earthquake that caused a massive tsunami off the northeast coast of Japan, the plant went into meltdown mode.

The results were devastating. But how is this disaster influencing our health now when it comes to contaminant risk and cancer?

Radioactive fuel rods melted through the vessels that contained them when Fukushima’s power supply went out. Five years later, the radiation is still too strong for clean-up crews to get close enough to find out where they went. The plant’s operator, Tokyo Electric Power, has developed robots that can go underwater to search for them but radiation destroys their wiring whenever they get too close.

At this point, contaminated water continues to spill into the Pacific Ocean at the rate of about 300 tons a day. Although progress is being made on some fronts, a full cleanup of the site is expected to take about 40 years. And because full containment has not happened, no one knows really what the long–term effects will be.

Cancer levels in Japan could be much higher than predicted

In April 2011, one month after the Level 7 Fukushima disaster began, Japanese Prime Minister Naoto Kan announced to the world that produce from the region was safe to eat.

Although Kan would change his opinion on this and on the safety of nuclear power in general in the months that followed, some had the insight to see the health risks of the disaster from the beginning.

In August 2011, nuclear physicist Dr. Morio Kaku warned that the area could see higher rates of leukemia and thyroid cancer, mimicking what happened at Chernobyl.

And in 2012, Arnie Gunderson, a former nuclear industry executive, engineer and author of the Greenpeace report Lessons from Fukushima, stated in an interview with the news show Democracy Now! that the health impacts from Fukushima may not be felt for several years.

“I believe that we are going to begin to see as many as a million cancers over the next 30 years because of the Fukushima incident in Japan,” Gunderson said.

And last fall a study conducted by Okayama University was released showing that the number of thyroid cancer cases amongst children in the Fukushima area may be as much as 20 to 50 times higher than normal.

The long-term health effect of Fukushima radiation is being overlooked 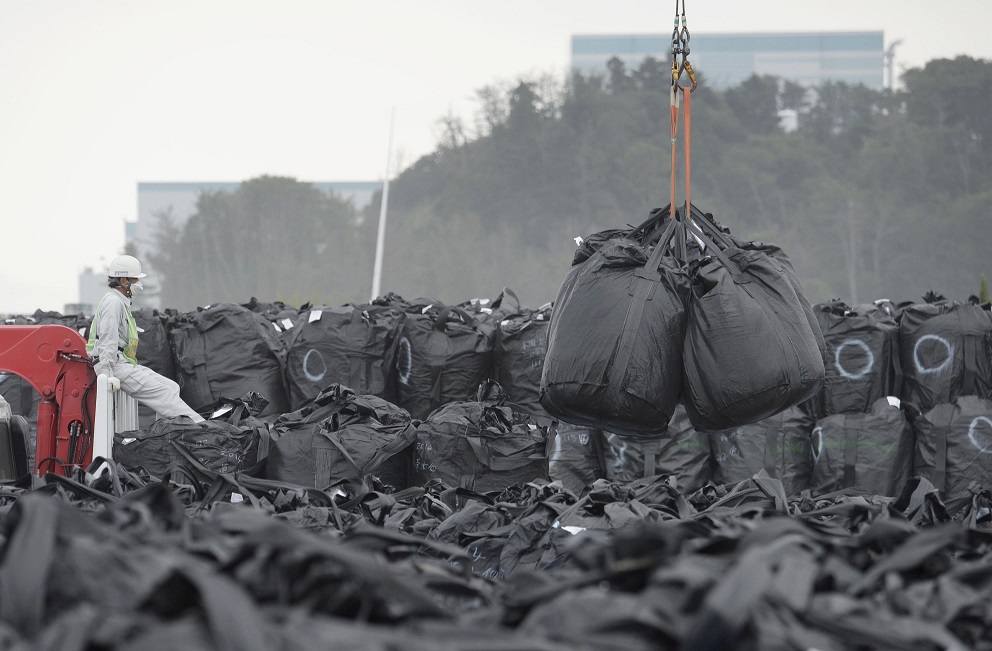 Nuclear events like Fukushima release radioactive iodine which is water-soluble and can leach into the soil. With enough ionizing radiation, molecular bonds in healthy cells get disrupted and DNA strands are broken, causing mutations that can be passed down through generations.

Long-term exposure to low-level radiation, such as would occur in a Fukushima evacuation area (or when exposed to radiation from a cell phone, Wi-Fi router or x-ray over a long period of time) poses the highest health risk. This is because low-level, long-term exposure often increases the severity of the cancer.

Debris from the Fukushima plant began showing up off the shores British Columbia last spring. Especially concerning is debris containing radioactive cesium-137. Most mainstream experts studying the effects of the disaster say that the amounts of cesium-137 in the waters far away from Fukushima are too small to pose a health risk because the ocean dilutes radiation levels over time.

Many do caution against eating fish caught in these same waters, however, “just to be on the safe side.” And according to Japan’s own monitoring system, levels of cesium-137 are not going down around Fukushima itself.  Another radiation source that could pose a threat in the long run is strontium-90, the byproduct of nuclear fission, currently stored in containment tanks at Fukushima.

Unlike cesium-137, which flushes through the body fairly rapidly, strontium-90 lodges in bone and can take up to 2 years to eliminate completely. Strontium hasn’t been found in the ocean as yet, but because there is so much of it in containment at the site, another major earthquake or tsunami could spell disaster all over again.

Is the United States really prepared for a nuclear power plant disaster?

Currently, mercury and other contaminants in fish pose a much greater health risk than radiation coming from Fukushima does. There is no direct evidence that the continuing leakage poses a risk to the fish caught thousands of miles away; what there is, however, is a lot of unanswered questions.

One would suppose that time (and a good measure of study) would eventually tell the story about Fukushima’s effects on the oceans of the world. This may not be the case, however, at least not when it comes to American waters. The United States EPA doesn’t test for radioactivity in the ocean, like they do in the air and in drinking water.

Currently, there are 23 nuclear reactors in the United States that have the same basic design (and design flaws) as Fukushima, including Indian Point, which is 30 miles away from New York City. If Fukushima has taught us anything, it would be the need for tighter safety measures, sounder design, and more independent studies as to the safety of our current worldwide nuclear industry. Sadly, this seems to be a lesson that is yet to be learned.