Conflicts over religion and resources fuel the violence

John Bulus, the church secretary of Salama Baptist Church in the village of Ancha, told Morning Star News that the village woke up to sounds of gunshots shortly after midnight Sept. 8. Bulus said the gunfire lasted for about 25 minutes. “I can confidently tell you that some of the persons among those who attacked us are local Fulani herdsmen who lived close to our village,” he said. The 20 people who died, including nine children, belonged to Baptist and Methodist churches in Ancha. State police commissioner Peter Ogunyanwo said the attack came three days after authorities found the body of a Fulani boy who went missing. 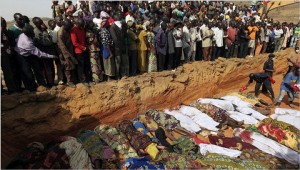 Changing environmental conditions have driven the herdsmen toward Nigeria’s Middle Belt region in search of grazing pastures for their cattle. Violent clashes between the herdsmen and mostly Christian farmers persist. The latest attack in Plateau is the largest the state has experienced in recent months. In May, Christian leaders said herdsmen raped four women, injured 12 other Christians, and displaced two communities after attacking their villages. In July, Benue state Gov. Samuel Ortom said the herdsmen had killed more than 1,800 people in the state in the past three years.

Following last week’s attack, the state government and Nigerian President Muhammadu Buhari both condemned the killings and said investigations would follow. The Nigerian government has faced criticism for not responding firmly to the crisis. Information In April, Minister Lai Mohammed said the government was working “silently” to end the carnage. The Human Rights Writers Association of Nigeria revealed in August that the International Criminal Court had started a preliminary investigation into the violence after the group sent a petition to the court.

Yusuf Turaki, a professor at the ECWA Theological Seminary in Jos, told World Watch Monitor that the government can only resolve the crisis long term if it enforces justice and equality.

“If the government believes that Fulani herdsmen and the indigenous people are equal human beings and that justice should govern the two peoples, and acts on that … then there’s a way of resolving the issue,” he said.