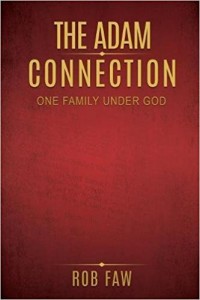 The exact location of Adam’s birth is unknown, but thought by biblical scholars to be generally somewhere in the Middle East, perhaps in the Tigris-Euphrates River Valley. Faw studied the generations that migrated from the Middle East to Ukraine, Israel, Egypt, North Africa, Spain, Ireland, Scotland, and England.

The birthdate of Adam (October 23, 4004 BC) is in of itself a startling revelation unknown to most people. Seventeenth-century scholar and theologian, Dr. James Ussher, determined the birthdate of Adam after studying Chaldean, Persian, Greek and Roman history. He was also an expert in the Bible, biblical languages, astronomy, ancient calendars, and chronology. Dr. Ussher’s prolific 1,600-page volume, “The Annals of the World“, is considered one of the classic works of literature that is respected for its diligence and accuracy. His colossal work contained over 14,000 footnotes of which less than twenty percent was derived from the Bible.

Whether one chooses to reconcile Adam’s birthdate from a perspective of science or religion, we have a specific date of birth for the first man known by name in recorded history. This history is overlaid by a cultural, scientific, and religious past that affirms our ancient heritage and existence of a real Adam and Eve, and their connection to all of humanity.

Faw recently published his findings in a new book, “The Adam Connection: One Family Under God,” www.robfaw.com/book. This historical truth of a real Adam and Eve can no longer be dismissed as a religious myth. “Our interconnectedness reveals personal identity and hope for all of humanity,” said Faw.

Rob Faw is a Board-Certified Master Christian Life Coach with a graduate degree in global leadership from the University of San Diego. He is a Research Fellow with The Arthur C. Custance Centre for Science and Christianity.