Germany seeks ban on GMOs to protect its citizens and environment

By Daniel Barker
(NaturalNews) There is good news from the anti-GMO battlefront in Europe: Germany has announced that it will seek to ban the import of GM seeds and prohibit the cultivation of GM crops in the European Union’s largest economy. 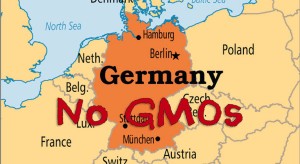 German Agriculture Minister Christian Schmidt has stated that he intends to make use of the EU’s “opt-out” policy to ensure that the country remains free of GMO crop cultivation in an effort to protect its citizens and environment from the consequences of the Frankenfood industry.

Ministry spokesman Christian Fronczak said: The German government is clear in that it seeks a nationwide cultivation ban. There’s resistance from all sides, from the public to the farmers.

Individual regions in the country have until September 11 to decide whether or not they want to participate in the ban. The German government will then have until October 3 to inform the EU of its decision regarding the “opt-out” rule.

The announcement comes on the heels of Scotland’s decision to ban GMOs within its own borders. After the German announcement, Scottish National Party minister Rob Gibson said: Like Scotland, the German Government recognises the importance of protecting its food and drink sector and keeping its environment clean and green… The German decision shows that Scotland is now also leading Europe on GM crops.

Lisa Archer of the non-profit environmental organization Friends of the Earth said: Germany has committed a true act of food democracy by listening to the majority of its citizens that oppose GMO cultivation and support more sustainable, resilient organic food production that doesn’t perpetuate the overuse of toxic herbicides. We are hopeful that more members of the EU will follow suit and that the U.S. Congress will protect our basic right to know what we are feeding our families by requiring mandatory GMO labeling.

The new opt-out legislation passed in Europe has given member states a powerful tool for opposing and banning GMOs in individual countries. Now that these two EU nations have announced their intentions to implement the ban, other member states could be inspired to follow suit.

This is an encouraging trend and it signals the failure of Monsanto and companies like it to convince the populace that their techniques and methods are safe. This is despite the millions of dollars spent by the GMO industry to influence governments and sway public opinion throughout the world.

Sadly, there are still those in the media who continue to be compromised by the industry’s influence and keep spouting the pro-GMO propaganda. An article in the Wall Street Journal titled “Germany Versus Science” typifies the sold-out mainstream media’s take on the subject.

[N]either environmentalists nor German politicians have come up with a justification for Berlin’s looming ban other than, well, because. Supporters cheer the move as an expression of “food democracy” in a country where opposition to GMOs is widespread and the government faced intense pressure to ban them.

Since a scientific basis for such a ban doesn’t exist, organizations such as Friends of the Earth Germany now resort to promoting “organic” food as an alternative to GMO crops that they say increase pesticide use and endanger human health.

It’s hard to imagine a more misleading and downright farcical statement on the part of the Wall Street Journal. Putting the term “organic” in quotes and calling it an “alternative” to GMOs is an insult to any sane person’s intelligence – as if GMOs are the standard and organic food is some sort of weird alternative.

How much cash do you think it took to induce a journalist to write such ridiculous drivel?