Get Connected at Connect Fest 2014 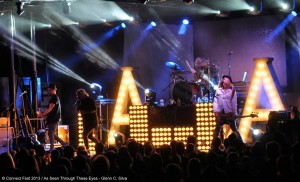 Back closer to the beginning of this faith journey of mine, one of my first assignments was to write a short review for a Christian concert out at McCoy Stadium organized by FUSE CHRISTIAN CONCERTS. And while I’ve always considered myself a fan of most genres, up and until that point Christian music wasn’t really one of them. Truth be told, the music I remembered growing up in the Catholic Church was not necessarily at the top of my list. That would begin to change when my better half brought me to our church for the first time. I was sitting in the common area, (ironically reading my first copy of “The Good News Today”), when the worship music started. That wasn’t church music to be sure, at least not like I remembered. Since that time I’ve been amazed to learn the many ways in which Christian music is intertwined with faith and fellowship, and how it not only brings all ages together in its many forms, but also how it provides a platform for prayer and conversations with the Lord for those less inclined in the traditional sense. Whether it’s Praise/Worship, Gospel, Pop, Rap, Blues or Metal, faith and the message of the life of Jesus Christ is omnipresent.

My first Christian concert came by way of the editor of this worthy publication, and admittedlyI was a bit apprehensive. In hindsight I think it was because I just wasn’t sure how the modern music application was going to sound with God and Jesus in the lyrics. Taking it one step further, these were professional bands and musicians who were going to perform these songs outside the walls of the church, something this little Catholic boy wasn’t used too. Unfortunately the day went off the rails early for the cast and crew of what by all appearances was a major concert event, complete with stage, sound boards, speakers and lights. Nothing seemed at all different than a traditional live show. Nevertheless, the problems came in the form of power and generator issues and would prove nearly insurmountable, or so I thought. 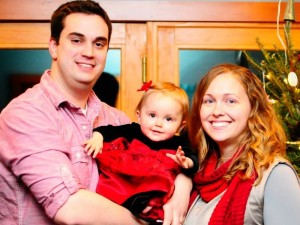 When I finally met FUSE promoter Brian Sawyer, he’d been tested in every way imaginable that day, from the weather to a shortage of help and ultimately the generator failure. Undaunted, he persevered and managed to rig up some wiring that brought at least partial power, at which point what was meant to be, was. Performers came out and mingled with the crowd talking and interacting, one even got up on a table with an acoustic guitar and sang unaccompanied, much to the delight of the crowd. Others took to the stage on stools and played and sang, albeit with limited equipment but to grateful fans. I was amazed to say the least. There was no chaos, no sour words, no finger pointing. The crowd and the crew seemed almost aware that “He” would intervene in some fashion and “He” did. It was at that moment I realized something else, I was digging the songs. (Did I just say “digging”??)These folks were super talented. The show went on, everyone was smiling, (especially my son Zach who was chasing the performers around and having his picture taken with all of them), and I yes I was now a Stellar Kart fan…

As I spoke more with Brian that day back in May of 2011, it was clear his mission was the message through the music, facilitating the “connection” if you will to Christ, by way of the emotions and spirit conjured up by the pulse and lights of a live performance. It was also clear that it takes a special sort of someone to shoulder the weight of such a huge undertaking. Brian and his team of volunteers looked disaster right in the eye that day and let faith drive them to the finish line. So impressed was I by their efforts, the music, and the fans, that when my editor offered me another opportunity to return the following year for another show and Paw Sox game, I jumped at it. Never mind that I’d already had my son download all of the CD’s he’d bought by various Christian artists so I could play them in my truck. But that year would be different, in ways that still shake me today.

Another Memorial Day, another concert, and the family and I were excited. We arrived early, the show started without a hitch, and Zach was having the time of his life up front next to the stage and loving “Sidewalk Prophets” when my phone started vibrating. I noticed a work number and ignored what I thought was an overtime patrol shift. The next call however came direct from the Supervisors personal cell phone and I knew something was wrong. I signaled Janie to watch Zach as I moved to the rear and heard the Sergeants voice tell me I needed to get to the hospital right away. My fellow officer and close friend had been critically injured in an accident. As my mind raced, I gathered up the family and explained what had happened. Young Zach was crying and not because we’d have to go, but because he knows Kevin well and he became scared as I tried to explain. My arrival at the hospital brought the good news that my friend would survive what was a horrific accident, but that his road to recovery would be long and arduous. And so I went about the business of helping Kevin’s family the best I could. Many months later he would return to work and I would be forever grateful to the God I knew saved him. Something else happened that day though, and it was that something I’m sure made all the difference. Unbeknownst to me, when we were leaving the event that afternoon, my wife stopped to let Brian know why we were going in such a hurry. Well I heard later from another friend who’d been at the show that the band then stopped playing and gathered up the crowd for collective prayers on Kevin’s behalf. That sealed the deal for me. God heard that band and that group of fans that day, and Kevin is still here for that reason. I know it in my heart.

At the end of the day, I suppose God hears us in whatever ways we call out to Him. But there’s something about music that transcends time and place. “A Psalm of David. I will sing of steadfast love and justice; to you, O LORD, I will make music” – Psalm 101:1- 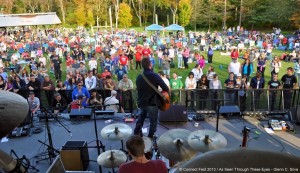 I’ve come to enjoy Christian music immensely and I’m sampling new songs and genres on iTunes pretty regularly these days.  My wife and son have gone to more concerts, though my work schedule has kept me away from the live shows this past year. I hope that’ll change in the Fall and I can see Brian and Andrea again, and maybe even meet little two year-old Abby, the other miracle “born” of that Memorial Day 2012 show,  (actually just four days later to the Sawyers). You see “Connect Fest” returns on October 4th 2014. The show is advertised on page 2 in this month’s addition of “The Good News” and will be held at Campanelli Stadium in Brockton MA, a new venue for FUSE, but more centrally located with many resource businesses in the area. I spoke by phone with Brian recently and he’s excited to report an expanded “Kid’s Zone” at the FUSE shows to include outreach with exotic animal displays this year. The music is great, but sometimes the little ones get a little bored and “Kid’s Zone” is just what the doctor ordered so Mommy and Daddy can enjoy the show. The awesome music line-up includes bands like “The Letter Black”, Bobby Bishop, Aaron Shust & Mike’s Chair, Fireflight and many other artists and speakers.

Brian also mentioned that for those who cannot make it to the show but would still like to support the multi-faceted FUSE operations of outreach like “Salvation Week” and their many other missions, you can purchase tickets and donate them back to FUSE so they can give them to folks who cannot afford to go. FUSE is always appreciative of any support you can give, as funding and sponsorship is always difficult in this economy, and especially for Christian organizations competing in the often very secular arena of concert promotion. Donating is easy and FUSE is a 501c-3 so all of your donations are tax deductible.

You can check out FUSE Christian Concerts on Facebook and Twitter, and also go to their super website for the latest info on concert dates and performer line-ups. www.fuseconcerts.org  Tickets for the shows are available at the Connect Fest Website www.connectfestival.org/Tickets.html .