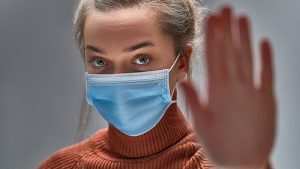 (LifeSiteNews) — A global coalition of health and civil society organizations issued a declaration calling for “an immediate stop to the experimental COVID-19 ‘vaccines,’” arguing that the push for mass immunization “violates basic principles of common law, constitutional law and natural justice,” as well as several international treaties.

Signed November 29, the declaration states that the World Council for Health (WCH) “is ethically and lawfully bound to issue this Declaration, demanding that governments and corporations cease and desist from direct or indirect participation in the manufacturing, distribution, administration or promotion of Covid-19 experimental injections.”

The document further argues that “every living man and woman has a moral and legal duty to take immediate and decisive action to halt this unprecedented medical experiment, which continues to cause unnecessary and immeasurable harm.”

In its statement, the WCH, which collaborates with some 80 health and civil society groups globally and describes itself as “a worldwide coalition” of organizations that “seek to broaden public health knowledge and sense-making through science and shared wisdom,” argues that the COVID-19 drugs currently on the market are still experimental, with long-term effects that “cannot be known at this time since most clinical trials will not be completed until 2023, and some as late as 2025.”

The coalition goes on to “[declare] that it is time to put an end to this humanitarian crisis,” and asserts that the continued creation and rollout of the drugs “violates basic principles of common law, constitutional law and natural justice, as well as the Nuremberg Code, the Helsinki Declaration, and other international treaties” that explicitly forbid forcing people to participate in medical experiments against their will.

Opponents of the mass immunization scheme underway globally in the wake of the COVID-19 pandemic have repeatedly pointed to the provisions of the Nuremberg Code and the Helsinki Declaration to denounce global moves to coerce people into taking the injections by threatening to remove their livelihoods and ability to participate in society.

To back up its declaration urging a worldwide halt to all COVID-19 jabs, the WCH cited well-known and credentialed physicians and public health experts who have contradicted the mainstream narrative and called for a stop to deleterious COVID-19 policies like lockdowns, mask mandates, and mandatory vaccinations that have deprived people of their fundamental liberties while failing to stop the spread of the virus.

Experts cited include Dr. Paul Alexander, a Canadian health researcher and former Trump administration official at the U.S. Department of Health and Human Services during the COVID-19 pandemic; Dr. Byram Bridle, an associate professor and viral immunologist in the Department of Pathobiology at the University of Guelph; and Dr. Peter McCullough, MD, an internist, cardiologist, and professor of medicine at Texas A&M University Health Sciences Center, who has testified before committees of the U.S. and Texas Senate.

Calls for halting the distribution of COVID-19 drugs and treating the harm caused by the experimental injections as a humanitarian crisis is not new for the World Council for Health, and the group is not alone in doing so.

In June, co-founder of the coalition Dr. Tess Lawrie said there was “more than enough evidence … to declare the COVID-19 vaccines unsafe for use in humans” and urged “preparation” to “scale up humanitarian efforts to assist those harmed by the COVID-19 vaccines and to anticipate and ameliorate medium to longer-term effects.”

Likewise, thousands of medical professionals and hundreds of thousands of concerned citizens have signed the Great Barrington Declaration urging a common-sense approach to managing the pandemic.

Experts who shun the mainstream narrative have repeatedly warned about the serious adverse events that have been reported in connection with the injections and sounded the alarm about the potential long-term side effects of the jabs that are as yet unknown.

While time will tell what the long-term impacts of the drugs are, the early data is not promising. As of December 10, there have been 965,841 adverse events reported to the Vaccine Adverse Event Reporting System (VAERS) connected with the coronavirus shots in the United States alone, including 20,244 deaths, 106,129 hospitalizations, and 33,675 permanent disabilities.

Comparatively, vaccine-related deaths reported to VAERS had consistently been recorded in the low to mid hundreds before the rollout of the COVID-19 drugs. It remains a concern that the skyrocketing numbers of COVID-19 jab-related deaths and injuries are just “the tip of the iceberg.” While causation is not explicitly confirmed through VAERS, it also cannot be presumed that all adverse events connected with vaccines are ever reported.

A 2010 Harvard-executed study commissioned by the Department of Health and Human Services (HHS) found that injuries reported to VAERS represented “fewer than 1% of vaccine injuries,” suggesting the actual numbers of deaths and injuries connected with the COVID-19 shots may be significantly higher than currently reported.