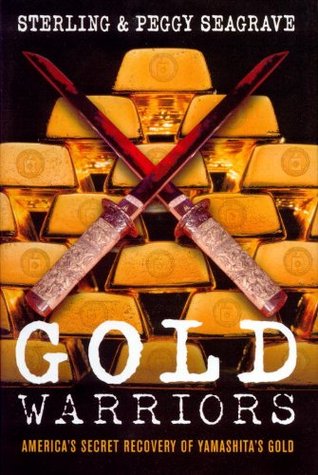 “Gold Warriors is an interesting and valuable look at Japan’s wartime plunder of Asia and the scramble that continues to this day to claim that loot. Its cast includes Japanese and American banks, CIA suits, psychics, John Birch Society gangsters, Philippine presidents, con men and the Emperor of Japan. The one thing that these pirates seem to hold in common is a tacit understanding that the victims of the war – rape camp survivors, slave laborers and POWs – shall be left with nothing. … Everyone interested in the realities of Asian and US politics should read this book.” – Christopher Simpson “The Seagraves have uncovered one of the biggest secrets of the twentieth century.” – Iris Chang “Gold Warriors is a powerful and well-documented account of one of history’s greatest outrages.” – William Meredith and Richard Harties “The Seagraves tell a quite remarkable story – and tell it very well. It is an adventure story with no heroes, and will be compulsive reading for anybody with the courage to confront the conclusions they present. … This is without doubt one of the most bizarre, evil and frightening facets to emerge from the Second World war, and certainly one of the best-kept wartime secrets intact after almost sixty years.” – Robin Mackness.

Sterling Seagrave was a reporter for the Washington Post before becoming a freelance investigative journalist contributing to Time, Life, Atlantic Monthly, and the Far Eastern Economic Review. He is the author of The Soong Dynasty, among other books. Peggy Seagrave was the senior researcher and picture editor at Time-Life Books. Together they are the authors of the bestselling Lords of the Rim and The Yamato Dynasty.