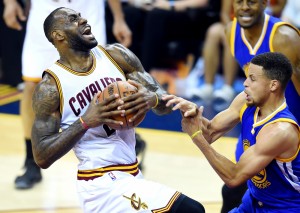 (Christian Post) – Before battling it out on the basketball court during the NBA Finals, the Golden State Warriors and Cleveland Cavaliers prayed together Monday night.

One hour before the game began, Warriors chaplain, the Rev. Earl Smith, made himself available to both teams in a room where they could temporarily forget about basketball and focus on their faith.

“We don’t even think about basketball,” Smith told the Mercury News. “Our talks are life talks. It’s just a break to calm their inner selves down.”

The first come, first serve seating allows for people from both teams to integrate for a moment to focus on God. The players dictated the topics they wanted to pray about, with one member of the Warriors even joking about praying for the Cavs’ humility.

“It was a great time,” Smith said. “There was a sense in that moment that ‘OK, we can relax and be together. …’It’s the one accepted time that you can just get together and share the experience of a relationship with Christ.”

Instead of praying for a win, both teams pray “for good health and the ability to do what we do best,” according to Smith.

“When our guys talk about faith and belief, it’s about something beyond themselves. To get to the level of professional athletics, there is something beyond you that gets you there,” he said, according to Mercury News. “A lot of people are very good at sports. Something else moved these guys beyond being good, to the level they are.”

Smith, a former San Quentin prison minister who also serves as a chaplain for the San Francisco 49ers, said he sees parallels between the lives of inmates and professional athletes.

“If you look at pro athletes, they come from the same counties that are the feeder system for prison. There are great athletes in prison,” he said. “So there’s the question: What happened? The athletes made different choices. There were crossroads, and they made the decision to be accountable and move to the next level.”

While the Cavaliers and Warriors both have Christians on their teams, Golden State’s point guard Steph Curry has been one of the most vocal about his faith. Gracing the cover of the June issue 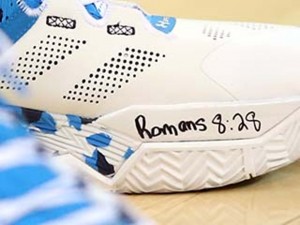 of the Fellowship of Christian Athletes FCA Magazine, Curry explains that his Christian faith is a vital part in his basketball career.