By Mark Ellis and Michael Ashcraft

SOUTHERN CALIFORNIA — According to Esquire magazine, Jordan Spieth is the new “savior” of golf, but he probably would shy away from such journalistic hyperbole: He knows there’s only one Savior.

The wunderkind, who just earned golf’s #1 ranking with a win at the FedEx Cup, is a quiet Christian who attends the PGA Tour’s Christian group with flamboyant buddy Bubba Watson.

“He goes to Bible study with us on the Tour here,” says Watson, who in April put the traditional snazzy green jacket on Spieth to symbolize his elite status with other Masters winners at Augusta.

On Sept. 27, Spieth sank putts from anywhere and everywhere on the green to win the $10 million Tour Championship, showing why golf legend Ben Crenshaw nicknamed him Wyatt Earp. On the 11th hole, the Texan dropped a 45-foot putt, a “dagger” that sank his closest competitor’s hopes of regaining the lead. 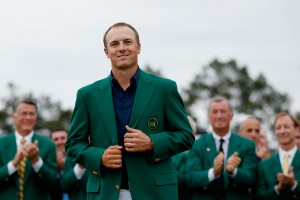 His five wins this year include two majors and winnings totaling $23 million – not bad for a 22-year-old. Spieth’s youth and dominance are strikingly similar to golf’s last and now-fallen Titan, Tiger Woods.

But while Woods was an intense competitor, a golfer who would swear profusely on camera and frolic with ladies off-camera, Spieth projects a clean image of good sportsmanship and Christian conduct. While other champs flaunt pictures with hot girlfriends, Spieth likes to pose with his autistic sister, 15-year-old Ellie. 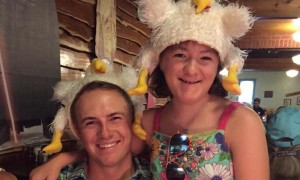 “She’s my inspiration,” Spieth told the UK’s Telegraph. “She’s the funniest member of our family. I really love spending time with her. It is humbling to see her and her friends and the struggles they go through each day, which we take for granted. They are the happiest people in the world.”

When other Masters’ winners celebrate amid opulence and ostentation at one of Augusta’s many 5-star hotels, Spieth celebrated at a Chick-fil-A restaurant. He still drives the same Yukon truck from his youth.