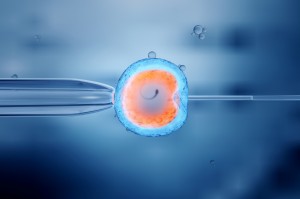 in vitro fertilization of an egg cell

(WNS)–Some scientists want to rework the ethical guidelines for research on human embryos as the possibility of artificially creating them moves closer to reality.

A few weeks ago, researchers at Cambridge University in Britain announced they had engineered mouse embryos from two different types of stem cells rather than from an egg and sperm like normally developing embryos. The discovery raises questions about how researchers would approach the same technique using human tissue.

“Any organism that is a human being should not be a matter for experimentation,” Prentice said. “It is the technique used to create them that is artificial, not the embryos.”

Although many fertility clinics donate human embryos to research labs and eventually scientists destroy those embryos, there are at least some ethical guidelines in place to prevent researchers from allowing embryos to grow to a point where they can experience pain or consciousness. But according to a recent paper in eLife by Harvard researchers, even those guidelines might not be enough to prevent such abuses in the case of artificially engineered embryos, also known as synthetic human entities with embryo-like features, or SHEEFs.

Under current ethical guidelines, embryos cannot be allowed to develop for longer than 14 days or when the “primitive streak” appears, whichever comes first. The primitive streak (PS) refers to a long band of cells that forms along the axis of a developing embryo around the 15th day after fertilization; it will eventually form the spine. Ethicists decided on the PS rule because at that time, the central nervous system begins to develop and therefore so does the capacity to experience pain.

Scientists could create a SHEEF that could develop a nervous system without first developing a PS, in which case a SHEEF might be able to experience pain before 14 days. On the other hand, researchers could possibly develop unique features in SHEEFs, such as producing a SHEEF with a human beating heart but no brain. Such an organism would lack the ability to feel pain so, according to the researchers, it could be unclear if the 14-day rule should still apply.

The authors propose that research limits should be set at the first point at which conditions required for the experience of pain appear, rather than at a specific time after fertilization.

But further ethical questions arise about SHEEFs made with a mixture of human and animal cells. What features would be necessary to define the SHEEF as human? “The perception that a SHEEF has human form could differ across viewpoints or cultures,” the authors said.

Finally, the researchers said, scientists could create SHEEFs with unusual combinations of features that are so unfamiliar that traditional ethical limitations might be unable to offer adequate guidelines.

The bottom line, according to Prentice, is that the study of embryological development needs to be confined to animal models to avoid crossing “any sort of line using human material.”