(WNS)–A Massachusetts Christian college is facing a backlash for supporting religious exemptions to a proposed presidential order that would add sexuality to the anti-bias policy applied to all federal contractors. 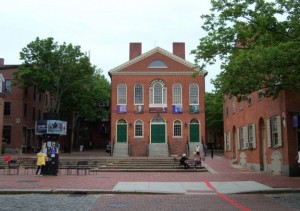 The mayor of Salem, Mass., ended Gordon College’s contract to operate the city-owned Old Town Hall this week when the school’s president, along with 13 other religious leaders, signed a public letter to President Barack Obama asking him to include a religious exemption from a new executive order expected to require all federal contractors and subcontractors to hire LGBT persons, regardless of the organization’s religious stance on homosexuality.

White House officials announced in June that Obama planned to sign the executive order, although no details have been released. The president does not have the authority to extend the order to all employers, but he can take unilateral action that affects federal contractors and subcontractors, which make up nearly one-quarter of the US workforce, according to The Boston Globe. Religious leaders worry the order could drive faith-based organizations out of federally contracted work, including disaster relief, janitorial service, technology support, adoption assistance, preschool education, and prison ministry.

The order also may affect colleges that use federal funding for student financial aid. Gordon College, located just south of Salem in Wenham, is a Christian university that requires its employees and students to follow biblical “behavior expectations,” including not tolerating “homosexual practice.” 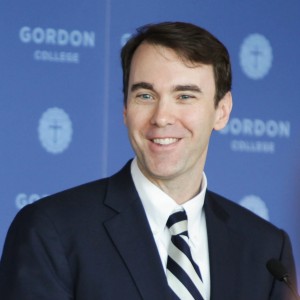 Michael Wear, who served as the national faith vote director for the Obama 2012 campaign, helped write the letter. He toldThe Boston Globe the letter’s intent is to find a way to protect LGBT rights, but also assure religious organizations that hire “according to their religious identity” will not automatically be disqualified from competing for federal contracts.

But for Gordon College, consequences for signing the request began just days after the letter went public. Salem Mayor Kimberly Driscoll exercised an early termination option in the city’s contract with the school to operate Old Town Hall. Since 2008, the school has been contracted to maintain, operate, and assist in the preservation and improvement of the historic building, according to its website.

“I am truly disappointed in the stance you have taken, which plainly discriminates against the rights of LGBT individuals, both on and off campus,” said Driscoll in a letter to Lindsay posted on the city’s website. “These actions fly in the face of the City of Salem’s non-discrimination ordinance, which prohibits our municipality from contracting with entities that maintain discriminatory practices.”

The school’s Facebook page has become a battleground between alumni and students who oppose the school’s stance on homosexuality, and those who support it. Some students are organizing a White House letter campaign of their own—in support of requiring Christian colleges to hire LGBT people.

Lindsay posted a letter on the school’s website July 8, apologizing for the confusion and hurt feelings caused by his actions.

“My sole intention in signing this letter was to affirm the college’s support of the underlying issue of religious liberty, including the right of faith-based institutions to set and adhere to standards which derive from our shared framework of faith, and which we all have chosen to embrace as members of the Gordon community,” Lindsay said.