Washington has learned that threats and coercion do not work against Russia. All the threats have done is to build Putin’s public support to astronomical levels and to unify Russia against the West’s assault. This is a failed policy that Washington is abandoning as Washington sees a new opportunity in Russia’s desire for Western cooperation, not only against ISIL but also on a wide range of other issues. 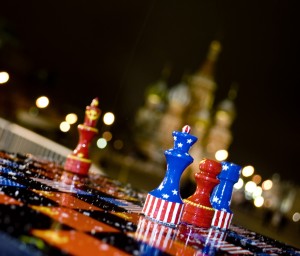 Once Russia is in a coalition against ISIL, Russia will have to make compromises. Putin will be told that Russia can have ISIL, but Russia has to turn Assad’s fate over to the West. If Putin balks, the Western media will blame Putin for topedoing the war against ISIL.

Getting rid of ISIL is more important to the Russian government than saving Assad. If a jihadist Islamic State is established, there will be a base for exporting turmoil into the Muslim regions of the Russian Federation.

Once Russia accepts “cooperation” with the West against ISIL, more “cooperation” will be used to gradually erode bit by bit Russia’s independence and to bring Russian policy in alignment with Washington’s.

Many in Russia believe that the Paris attack proves that Putin was right and that the West now realizes this and will accept Russian leadership in the fight against ISIL. This belief is delusional. Washington will take advantage of Russian desire for Western cooperation and will use this desire in order to bring Russia under Western influence, thus reestablishing Washington’s hegemony.