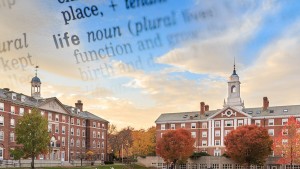 The Fourteenth Amendment, which was adopted in 1868, declares that no state shall “deprive any person of life, liberty, or property, without due process of law; nor deny to any person within its jurisdiction the equal protection of the laws.” A debate that has been raging in courtrooms for years is whether the “life” part includes unborn persons.

Harvard Law student Joshua Craddock did some constitutional soul searching to answer that question in a new report for the Harvard Law Journal, concluding that unborn babies do fall under the Fourteenth Amendment’s protections.

In addition to using language to prove his point, Craddock puts his conclusions in context, noting that at the time the Fourteenth Amendment was written, several states called the unborn person a “child” in their anti-abortion laws. Moreover, The Stream notes, in 1859, the American Medical Association mandated that the government must protect the “independent and actual existence of the child before birth.”

Using this logic, Craddock notes, the Supreme Court justices were flawed in their 1973 ruling in Roe v. Wade, which granted the right to abortion. When he wrote the majority opinion, Justice Harry Blackmun failed to properly assess the word “person” as it was applied in 1868, Craddock argues.

Will the Supreme Court consider the Fourteenth Amendment in future cases dealing with abortion?