He became an addict as a USC student, then God brought intervention

He walked away from the faith of his childhood and became a drug addict and alcoholic amidst the rollicking party scene at USC. But years later, God’s love drew him out of the darkness and he became a drug interventionist and counselor for Pete Carroll’s Trojan and Seahawks football teams.

“I grew up with a very good, solid relationship with Christ,” says Dirk Eldredge, now the CEO of Jaywalker Lodge, a treatment center in Colorado. “But when I went to college I walked away from God and walked into my disease of addiction.”

Eldredge grew up on the Palos Verdes Peninsula, an affluent suburb of Los Angeles, with a mom and sister of strong faith. His father, a successful IBM executive, resisted faith to the end of his life, which was a heartache for the family. 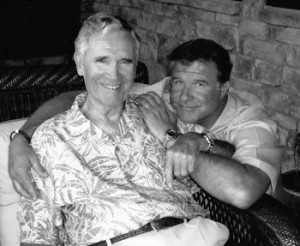 “I lost my way in college,” Eldredge says. He admits it could have happened at any college. “As soon as I did my first bong hit of pot it became a self-medication for a kid with ADD and dyslexia, not comfortable in my own skin. It slowed my head down and numbed me so I was temporarily comfortable. At the time I had no idea of the darkness I was walking into.”

He was kicked out of the Sigma Nu fraternity house at USC, but was able to graduate and land a position with IBM, following in his father’s footsteps.

“I was trying to please my father,” he says. “That was part of my dysfunction and no fault of his. I was somewhere between delusional and dysfunctional in what I thought I was supposed to do in life.

Material success became a strong draw. “It was really about money and thinking if I had enough money I would be happy. That was the bubble I grew up in.” 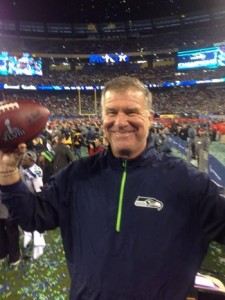 He carried his addictions into his work life and became a successful salesman at IBM, somehow managing to hide his habits. “I was a highly functioning addict. I never missed a day of work.”

Through family friends, he landed a more lucrative position at George Rice and Sons, a major printing company in Southern California. “We sold to movie studios and Fortune 500 companies. It was a very fast, hard working and hard partying group of people,” he recounts.

“It was a perfect place for me to make money and hide my addictions. We had open bars and expense accounts and entertainment.”

The man at the top was Ewel Grossberg. “He was like a movie figure, larger than life,” Eldredge recounts. “He had great ethics and character and he worked hard. He was charismatic guy who drew people in. He had 20 of the best salesmen I’ve ever seen under his roof. We all made a bunch of money.” (Tragically, Grossberg and his wife were killed in an automobile accident while they vacationed in Cabo San Lucas on December 29, 2016.)

Even though Eldredge could manage his work life successfully, his physical body began to bear the strain of addiction. “I didn’t feel the dysfunction until I went to the hospital because I was getting sick in my late 30s,” he says.

With the help of a family friend, Pierre Droubay, who ran a recovery center in San Pedro, California, Eldredge checked into his first 30-day treatment program. 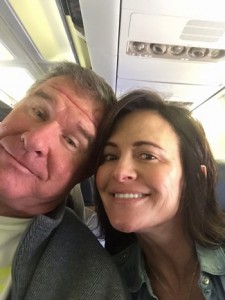 Amazingly, his wife was shocked by this turn of events. “She was completely surprised. I stayed for 30 days and decided at the time I was mindfully and bodily different than anyone else and I could figure this out and not have to identify myself as an alcoholic or addict.”

Eldredge went back to work and fell into the same self-destructive pattern. “A couple more years were ripped off,” he laments. He says that God began to get his attention with “the gift” of sickness. “I would get violently ill and end up in the ER room at Torrance Memorial Hospital.”

During his second treatment program his wife told him she wanted a divorce. “She didn’t believe I would ever stay sober,” he notes. “She wanted to protect our three children who were young. She made a decision she was done with me and the marriage.

“That was the most difficult part of this whole journey. It was a gut-wrenching piece of wreckage that came from my disease.”

But God was organizing a rescue behind the scenes through some of his friends from USC. Kenny Stokes and Wayne Hughes, Jr. organized an ad hoc intervention, showing up early one morning while Eldredge was still asleep.

Stokes made his way into Eldredge’s bedroom and pulled on his toe. “Come downstairs,” he announced to a groggy Eldredge.

When Eldredge ambled down the stairs, a small group of friends were waiting in ambush. “We know you’re lying,” one of them said. “We know you’re knee-deep in drugs and alcohol. You’re going to die if you don’t get help. We don’t want to stand by and watch it.”

Hughes and Stokes drove Eldredge to a recovery center in Malibu called Creative Care. When Eldredge arrived, he fell to his knees at the front door and started weeping like a baby.

Through the tears, he looked up at a therapist standing there to greet him and said, “My name if Dirk and I don’t know how to do life. Can you teach me how to do life?”

Still kneeling, his friends began to pray for him, and then God did something amazing. “As the guys were praying at the front door, God lifted my obsession to drink and use. It was an overt miracle. He took it away.”

“This is a thing that owned me for 20 years,” he says. “It absolutely owned my heart and my soul.”

Then another remarkable thing happened at the front door. Eldredge asked Jesus to come back into his life, to be his Lord and Savior once more.

“I stayed and I did the work and reconnected with this amazing loving God. To this day, 14 years later I have never had the obsession to drink or use. I put down Dirk’s will and I picked up God’s will. Now I listen and I pray and I meditate and I focus what God has for me each day.”

After he left the recovery center, Eldredge resigned from the printing company and enrolled at Loyola Marymount to study his disease. He got a degree in drug and alcohol counseling and began to redo everything about his life.

A psychologist Dr. Randy Gunther, suggested he become an interventionist. Ed Storti, a leading authority on intervention, became a mentor.

Then USC football coach Pete Carroll hired Eldredge to do an intervention on a player and a coach. “We became friends through that,” Eldredge recounts. “He hired me to be the life coach for the Trojans and then the Seattle Seahawks, working with NFL players half the year and doing interventions half the year.”

“For the first time in my life, I was doing what God designed me to do, which is love on people in crisis and to bring God’s love into every household.”

Eldrege traveled through Europe and as far as Bangladesh leading interventions. He performed several hundred interventions in the U.S.

He also fell in love with Stacy, who was in recovery from alcoholism, and they were married. “By the grace of God we raised five healthy kids together and have been married for 12 years,” he says.

Most recently, he’s been the CEO of Jaywalker Lodge, a recovery center in a beautiful section of the Rockies. “We have a community-based approach rather than containment. It’s different than Betty Ford. We need men to hold each other accountable, learn how to handle male intimacy, how to talk about love, be purposeful and joyful in recovery,” he says.

“We give guys a beautiful town in the Rockies and use male peer groups to be part of the healing. We teach them to take it out on the street and learn how to walk through life. God is a huge part of the equation. That’s something we talk about daily. That’s why God put me here.”

“God wants us to model what life with a living loving God can look like.”