HIS BIRTH CHANGED EVERYTHING 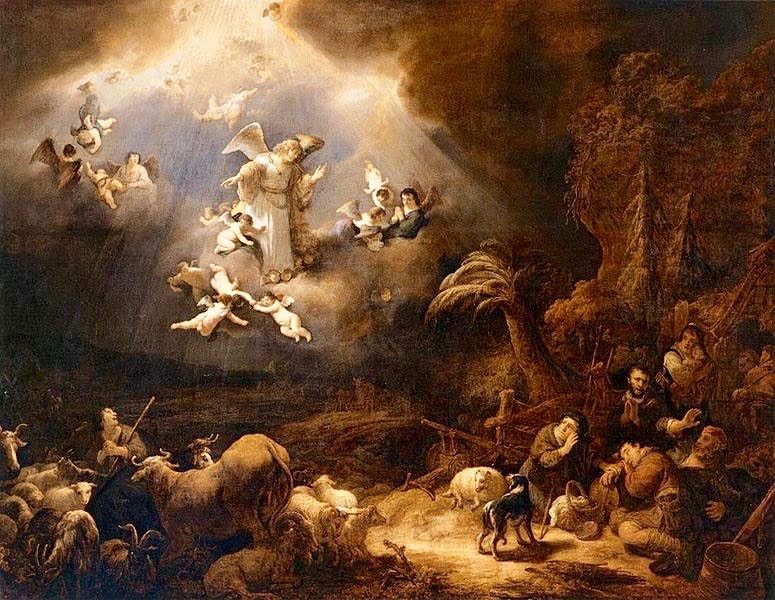 God sent the angel Gabriel to tell Mary, “You will give birth to a son and you will name him Jesus. He will be great, the Son of the Most High. The Lord God will give Him the throne of David, and He will rule over the house of Jacob forever–His kingdom will never end.” Luke 1:26-33.

After Mary was found to be with child, an angel of the Lord appeared to Joseph in a dream, and said, “…do not be afraid to take Mary home as your wife because what is conceived in her is from the Holy Spirit. She will give birth to a son whom you will call Jesus because He will save His people from their sins.” Matthew 1:18-21.

Isaiah had prophesied, “The virgin will be with child and give birth to a son … For unto us a child is born, to us a son is given, and the government will be on his shoulders. And He will be called Wonderful, Counselor, Mighty God, Everlasting Father, Prince of Peace. Of the increase of His government and peace there will be no end. He will reign on David’s throne, and over His kingdom, establishing and upholding it with justice and righteousness from that time on and forever.” Isaiah 7:14 and 9:6-7.

King David sat on his throne in Jerusalem a thousand years before Mary and Joseph laid their first child in a manger. God spoke through the prophet Nathan, promising David, “I will raise up your seed to succeed you … I will establish his kingdom. He is the one who will build a house for me and I will establish his throne forever. I will be his father and he will be my son … I will set him over my house and my kingdom forever; His throne will be established forever.” I Chronicles 17:11-14.

God may well have been referring to King Solomon, in part. But His covenant with David promised Christ. For it is Jesus Christ who has built His house, His church, on the foundation of ancient Israel. It is Jesus Christ who has established His kingdom forever. When Isaiah spoke of the Prince of Peace reigning from David’s throne, he was clarifying the nature of God’s covenant with David.

So, when the Magi “from the east came to Jerusalem and asked, ‘Where is the One who has been born the King of the Jews?’, they were referring to God’s covenant with David. When they told the people, “we have come to worship Him,” they weren’t speaking of an earthly king sitting on an earthly throne. When the Magi found the child, they “bowed down and worshipped Him. Then they opened their treasures and they presented the child with gifts of gold, incense, and myrrh.” Matthew 2:1-11. They knew that the seed of David would change everything.

King Herod, a man whose power came solely from Rome, heard what the Magi were saying. He asked the chief priests and teachers of the law about it. They replied, “The prophet has written, ‘Out of Bethlehem will come a ruler who will be the shepherd of my people Israel.'” Matthew 2:1-11. The religious leaders knew about God’s covenant with David, a man who was anointed king over Israel by God through the prophet and judge, Samuel. But like Herod, they craved the power of Rome, and feared the change that the seed of David would bring.

King Herod attempted to kill the child. Satan also knew that Christ would change everything. He knew that Christ was the seed of David. He cannot have forgotten God’s curse upon him in the Garden of Eden either. “Eve’s seed will crush your head.” Genesis 3:15.

Isaiah prophesied that Israel will one day be “called by a new name,” which is “Bride” and “the one God takes delight in.” Isaiah foretold, “Daughter of Zion, see your Savior comes. You will be called the Holy People, the Redeemed of the Lord.” Isaiah 62:2-4, 11-12. These words are strikingly similar to the new covenant’s reference to the Church as the Bride of Christ, and to Peter’s affirmation: “You are a chosen people, a royal priesthood, a holy nation, a people belonging to God.” I Peter 2:9.

The Lord’s covenant with David was a new chapter in what He has promised Abraham centuries earlier. God said, “I will make you into a great nation … and all peoples on earth will be blessed through you.” Genesis 12:2-3. Paul wrote, “The promises made to Abraham were to him and his seed.” The scriptures do not say, ‘and to seeds,’ meaning many people, but ‘and to your seed,’ meaning one person, who is Christ. He argues that “those who believe are children of Abraham” and that God’s promise to Abraham was to “all nations” not only to ancient Israel. His promise was to the Church of Jesus Christ. Galatians 3:7-8, 15-18.

“A shoot will come up from the stump of Jesse; from his roots a Branch will bear fruit. The Spirit of the Lord will rest on Him–the Spirit of wisdom and understanding, the Spirit of counsel and might, the Spirit of the knowledge and fear of the Lord … the Root of Jesse will stand as a banner for the peoples; the nations will rally to him ….” Isaiah 11:1-2, 10. Through Christ, His Spirit was poured out upon all flesh as predicted by Joel. Acts 2. 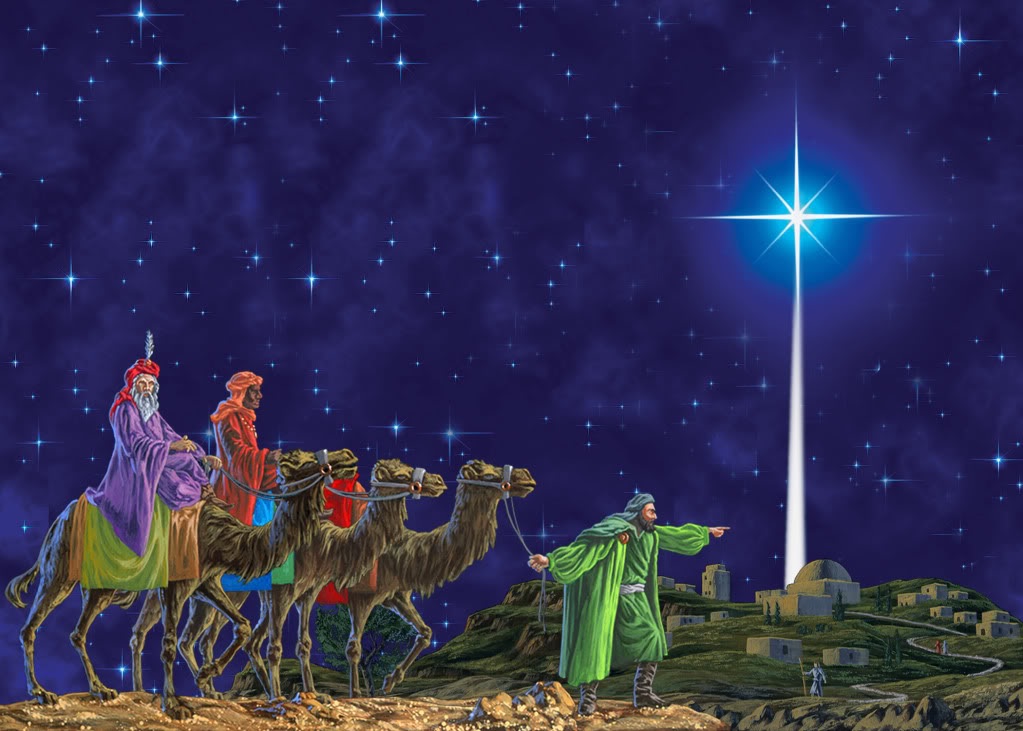 Jesus said, “I am the vine, and you are the branches. ” Paul wrote, “If some branches have been broken off, and you Gentiles have been grafted in among the others, and now share in the nourishing sap from the olive root, do not boast …. You do not support the root, but the root supports you … branches were broken off because of unbelief, and you stand by faith.” Romans 11:17-20. That God now refers to unbelieving Jews as the “children of Hagar” and the Church as the “children of Sarah” is telling of what a huge change the birth of Christ has wrought. Galatians 4:21-31.

“An angel of the Lord appeared to the shepherds … and said to them, ‘Do not be afraid. I bring you good news of great joy that will be for all the people. Today in the town of David a Savior has been born to you; He is Christ the Lord …. They hurried off and found … the baby lying in the manger. When they had seen Him they spread the word, telling what they’d been told about the child….” Matthew 2:8-20.

Micah had prophesied that He would be born in Bethlehem, that He would “stand and shepherd His flock.” Micah 5:1-5. Jesus said, “I am the Good Shepherd. I know my sheep and my sheep know Me.” John 10:14. Peter wrote to church leaders, “Be shepherds of God’s flock that is under your care … be eager to serve … and being examples to the flock. And when the Chief Shepherd appears, you will receive the crown of glory that will never fade away.” I Peter 5:2-4. In Acts 20:28, we read, “Be shepherds of the church of God whom He bought with His blood.”

His birth changed everything. Place yourself in the shoes of the shepherds keeping watch over their flock by night. Look up and see His star over the place where the child lay. Hear the angel’s voice proclaiming the good news of His advent. Listen as the heavenly host sings, “Glory to God in the Highest, and on earth peace and good will to men!”

And, like those shepherds two thousand years ago, go and tell all people what you have seen and heard about the Good News of Jesus Christ, how He has changed everything.