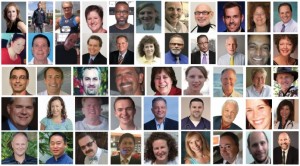 The world is nothing like you thought it was… One of the more bizarre theories bouncing around Conspiracy Street is that doctors who practice and preach holism are dying in disproportionate numbers and under suspicious circumstances. With official rulings of suicide, each death has involved violence rather than natural causes.

What on earth is going on here? Let’s consider these facts:

Unlike traditional western allopathy, which treats symptoms as stand-alone and specific to a certain bodily system (digestive vs. endocrine, for example), holistic medicine concerns itself with caring for “the entire patient in all aspects of well-being, including physical, psychological, and social,” according to Dictionary.com.

Naturally, any medical discipline that threatens Big Pharma and the AMA (American Medical Association) is bad for their obscenely profitable business of keeping people ill rather than curing them. Is this why scores of holistic doctors are winding up dead?

The Healing Oracle counts 98 holistic doctors found dead within the last few years, as of December 6, 2017!

The latest case in point is that of Dr. Norman Valdes Cotten Jr. (54). Police in Pontiac, Michigan found his burnt remains in a red Cadillac parked at the closed Webster Elementary School at 10 am on April 2, 2018, after Waterford Regional firefighters extinguished the flames. Identification had to be done by examining his dental records for a match since the unfortunate doctor had suffered extensive burns.

The local sheriff’s office concluded that the preliminary cause of death was due to thermal burns and smoke and soot inhalation. Whether it was homicide or suicide has not yet been established, pending toxicology results.

The autopsy indicated no signs of a struggle – but, oddly enough, a box cutter knife, its blade open, was found melted to the doctor’s right thigh. Two gas cans were found in the vehicle – and also missing from Cotten’s home. One gas can was in the Caddy’s trunk, and the other was Cotton’s wife told authorities that her husband was out of sorts the morning before his death. He had left home in a panic and forgotten to take his cell phone with him.

The first alternative medical doctor to die under mysterious circumstances was autism expert Dr. Jeffrey Bradstreet (61) in 2015. His corpse was found in a river with a gunshot wound to the chest. Police ruled a suicide, but family and friends insisted that foul play was responsible. Dr. Keith Scott-Mumby, The Alternative Doctor informs us that Bradstreet “was subject to a Food and Drug Administration (FDA) raid shortly before his death, which police said appeared to be suicide.”

Other strange cases include that of chiropractic doctor Glenn Layne Towery (56) of Victoria, Texas, was reported missing after he failed to show up for work after leaving his home in Goliad County on April 17, 2017 – a year ago today. Uncharacteristically, he missed patient appointments. Although police found his abandoned truck at a rural farm in southeastern Victoria County, Texas on May 7, 2017, he is still reported missing.

Also notable is the case of holistic doctor Glenn Scarpelli (53) and his wife Patricia (50) who, on July 28, 2017, “allegedly jumped to their deaths together from a ninth-floor office building in Manhattan. Their holistic clinic, located between Madison and Park Avenue, a few blocks from the Empire State Building, was where the remains of their bodies were found. Both were discovered with typed suicide notes in a plastic baggie in their pocket and they strangely left their two children (Joseph, 19, and Isabella, 20) behind in the building,” reported Honey Colony.

According to Healthy, Wild and Free, there is a common element that ties all the victims together and may account for their deaths:

“The alternative doctors that were killed were all studying and part of a huge discovery about Nagalase and its effect on GcMAF in the body…Nagalase is an enzyme produced by cancer cells that can cause immune deficiency and blocks the GcMAF activating factor in the human body.”

Another site, FirstImmune, adds this clarification: “GcMAF is the best treatment yet found for tumor cancers and 50 other diseases. It is a human protein, a human right, the king of immunotherapies and has no side effects.”

It is easy to see that a super-cure like GcMAF is a genuine threat to mainstream (read: ineffectual) cancer research and treatments. There is big money in not finding a cure for cancer.

The National Cancer Institute (NCI) is very candid about their funding:

“NCI receives its budget from the United States Congress as part of the federal budget process through appropriations for the Department of Health and Human Services and NIH [National Institutes of Health].”

Reading further down the page we find the numbers for the 2018 fiscal year (FY) budget:

Yes, you read that right: curing cancer would cost the National Cancer Institute over five and half BILLION dollars this year alone. No wonder holistic researchers are a clear and present danger to the allopathic medical machine.