(WND) Education officials in New York City are submitting what amounts to “false reports” to those who enforce laws protecting the well-being of children of homeschooling families because they simply will not process the paperwork the families file in a timely fashion. So alleges a lawsuit filed on behalf of homeschool families by the Home School Legal Defense Association. 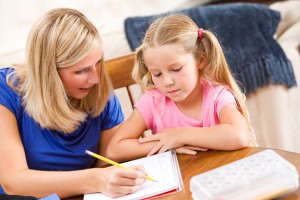 The problem is that although parents are filling out all the required paperwork to homeschool and submitting it on a timely basis, the city’s education department lets it sit. That means students who are legitimately homeschooling are counted truant by the city, which then dispatches Child Protective Services agents to investigate.

“Rather than follow the clear direction of New York’s regulation governing homeschooling, these defendants regularly make demands not included in the regulation and fail to follow the deadlines imposed on them by the regulation,” the complaint says.

“This routine, repeated bureaucratic indifference to the rights of parents to choose homeschooling has led to significant delays and loss of services, and has caused false reports of educational neglect to be made to the New York City Administration of Children’s Services … which have then caused needless, intrusive investigations of innocent parents.”

The case was filed against New York City for what was described as “systematic mistreatment” of homeschooling families. The problem could be fixed simply by having the city follow the state’s requirements, the complaint argues.

“Family after family have found themselves in legal limbo because the central office simply cannot or will not follow the timelines in the regulation,” said James Mason, HSLDA’s director of litigation. “More than one homeschooling family told me they had been turned over to CPS (Child Protective Services) because of the office’s delayed handling of the homeschooling paperwork.”

The case, which names the department, director William Harrington, chancellor Carmen Farina and deputy chancellor Elizabeth Rose as defendants, comes on behalf of Tanya Acevedo, a homeschooling mother who withdrew her child from public school to homeschool him, following every step to the letter.

“Nonetheless, Tanya was visited by a social worker at 7:00 p.m., one month after beginning to homeschool, because the system was showing that her son was truant,” HSLDA said.

Mason explained the details: “Even though Tanya notified both the central office and the school before she began homeschooling, the school could not flip the switch in the attendance database to turn off her son’s ‘absences.’ And the central office, always woefully behind, had not gotten around to it yet.”

TJ Schmidt, HSLDA’s contact attorney for New York, spends considerable time sorting out issues between homeschooling families and school districts. “In a city as diverse as New York City, it’s hard to understand why the system in place has not been updated to aid parents who seek an educational alternative that best suits the needs of their children,” he said.

The case is requesting an order that New York City follow state law and seeks monetary damages. City education department officials did not respond to a request from WND for comment.