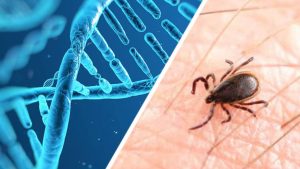 The House quietly voted last week to require the Pentagon inspector general to tell Congress whether the department experimented with weaponizing disease-carrying insects and whether they were released into the public realm — either accidentally or on purpose.

The unusual proposal took the form of an amendment that was adopted by voice vote July 11 during House debate on the fiscal 2020 defense authorization bill, which lawmakers passed the following day. The amendment, by New Jersey Republican Christopher H. Smith, says the inspector general “shall conduct a review of whether the Department of Defense experimented with ticks and other insects regarding use as a biological weapon between the years of 1950 and 1975.”

If the answer is yes, then the IG must provide the House and Senate Armed Services committees with a report on the experiments’ scope and “whether any ticks or insects used in such experiments were released outside of any laboratory by accident or experiment design.”

The amendment is an attempt to confirm or deny reports that Pentagon researchers — at places such as Fort Detrick in Maryland and Plum Island in New York — implanted diseases into insects to learn about the effects of biological weapons and also looked into using such insects to disseminate biological agents.

President Richard Nixon banned U.S. government research into biological weapons in 1969, but research into protecting U.S. military personnel from such agents may have continued, Smith said in an interview Monday.

A book called “Bitten,” published this year, makes the case that the Defense Department research occurred and hints at a possible connection between the experiments and the spread of maladies such as Lyme disease, which is borne by ticks.

To Smith and other advocates of the Pentagon IG report, studying the past may provide data that can help stem the spread of Lyme disease in the future.

Between 300,000 and 427,000 new cases of Lyme disease occur each year, with further growth expected in the years ahead, said Smith, a founding co-chairman of the Congressional Lyme Disease Caucus, which advocates for greater awareness of the disease and for more funding for research into a cure.

“We need answers and we need them now,” Smith said. Smith’s amendment was co-sponsored by Minnesota Democrat Collin C. Peterson, who is the House caucus’s other leader, and by Maryland Republican Andy Harris.

Pat Smith, president of the Lyme Disease Association, said in an interview Monday that she is hopeful the IG report could provide information that could save lives. “We need to find out: is there anything in this research that was supposedly done that can help us to find information that is germane to patient health and combating the spread of the disease,” she said.

It remains to be seen whether Congress will send President Donald Trump a defense authorization bill with the weaponized ticks amendment. The Senate has passed its version without any similar provision, and now House and Senate negotiators must reconcile the two bills.