The U.S. House of Representatives on Thursday approved a ban on taxpayer funding for abortion, but most of the conversation in Washington, D.C., revolved around what Congress didn’t consider.

The Republican effort to pass a ban on abortions after 20 weeks collapsed in the 24 hours leading up to the annual March for Life on the National Mall, leaving lawmakers in the awkward position of touting their pro-life credentials at the same time they explained themselves to angry activists. 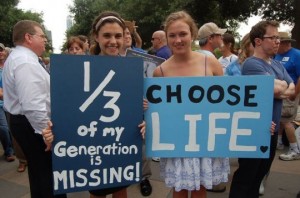 “I am disgusted by this act of moral cowardice,” said Russell Moore, president of the Southern Baptist Convention’s Ethics and Religious Liberty Commission. “The congressional Republicans seem to think that pro-lifers will be satisfied with Ronald Reagan rhetoric and Nancy Pelosi results. They are quite wrong.”

Republicans had planned to pass the legislation on the day of the march as a nod to the pro-life movement, but Rep. Renee Ellmers, R-N.C., led a rebellion based on the notion that millennial voters would be upset the bill’s rape and incest exception required victims to report the crime. Although the bill likely still could have passed with the defections, GOP leadership pulled it, fearing it would look bad if a group of women led the opposition.

March for Life, the Susan B. Anthony List, and Concerned Women for America, all pro-life groups, issued a joint statement expressing optimism that the House would consider the abortion ban later this Congress. They vowed to continue working with GOP House leadership and Sen. Lindsey Graham, R-S.C., the bill’s lead sponsor in the Senate, to ensure the maximum number of votes in both chambers, saying, “Both the House leadership and Sen. Graham have assured us they are not backing down.”

Even with Republicans in control of the Senate, the bill is unlikely to become law. It would need 60 votes, including at least six Democrats, to get to the Senate floor, and President Barack Obama has already promised a veto.

The House did manage to pass the No Taxpayer Funding for Abortion and Abortion Insurance Full Disclosure Act on a mostly party line vote, 242-179. The legislation addresses two Obamacare-related issues: It bars taxpayer funds from paying for abortions and requires transparency so health insurance shoppers know which plans include abortion coverage. A recent Government Accountability Office report found more than 1,000 healthcare plans covered abortion, yet most buyers didn’t know it.

“I spoke for the majority of Americans—both Republicans and Democrats—who believe that no taxpayer dollars should fund elective abortion,” House Republican Conference Chair Cathy McMorris Rodgers of Washington state said after voting for the legislation. “As the mom of a 7-year-old son, Cole, who was born with Down syndrome, I believe wholeheartedly that every life is a gift, and every human life is a story.”

The bill primarily codifies existing law. Every Congress since 1976 has attached to appropriations bills the Hyde amendment, which prohibits taxpayer dollars from funding abortions. Obama secured the final votes for the Affordable Care Act with the promise it wouldn’t allow taxpayer money to pay for abortions, but that quickly proved untrue.

Democrats and abortion advocates called the bill a “radical” and “mean-spirited” attempt to take away access to abortions. 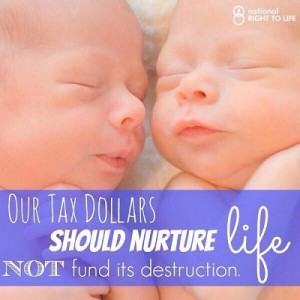 In fact, polling has repeatedly shown 60–70 percent of Americans oppose the use of taxpayer funds for abortion. A strong majority also supports the 20-week abortion ban. A Quinnipiac poll released in November found 60 percent, including 59 percent of women and 57 percent of people ages 18–29, support the ban. Only 33 percent want to allow abortions after the first five months of pregnancy.

Quinnipiac pollsters even explained to survey respondents that the proposed ban would include an exception for “cases of rape and incest that are reported to authorities,” but Ellmers still worried it would not be received well by voters. In the process, Republicans likely inflicted more political damage on themselves than if they had passed the bill without incident, as the House did in 2013.

The Susan B. Anthony List and its political action committees spent $15.25 million in 2014 to help elect pro-life candidates, including Ellmers. But on Thursday it was pro-abortion groups and Democrats who praised her. Rep. Gwen Moore, D-Wis., called Ellmers courageous for stopping the bill.

Most Republicans were less thrilled, including Rep. Louie Gohmert of Texas, who said, “As a father who has held a beautiful, prematurely born daughter in the palm of my hand and felt her tiny little hand grasp the end of my finger and literally hold on for dear life, it is heartbreaking beyond words to think of anyone wanting to destroy such a child at the same age from conception.”

The United States is one of seven countries, including China and North Korea that do not have a ban on abortions at 20 weeks or earlier. Pro-life groups estimate it would save about 18,000 babies each year.