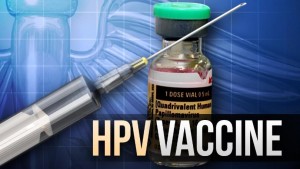 (NaturalHealth365) The HPV vaccine – made by Merck (Gardasil) and GlaxoSmithKline (Cervarix) – has been linked to many troubling vaccine side effects, including paralysis. Yet, despite this, the U.S. Food and Drug Administration (FDA) has approved expansion of its reach to even more recipients.

The HPV vaccine was originally developed for adolescents to supposedly help protect them from the HPV virus. Conventionally speaking, this virus can lead to cervical cancer in girls and other cancers of the reproductive system in both boys and girls. (But, there’s more to this story.)

The HPV vaccine can destroy your health

While the more minor vaccine side effects associated with the HPV shot include pain and swelling at the injection site, this vaccination has also caused fainting, paralysis, difficulty in getting pregnant and nervous system impairment.

In early October of 2018, the FDA approved the use of Gardasil 9, manufactured by Merck & Co., for both men and women age 27 to 45. Merck says that this new version of the vaccine covers nine strains of the HPV virus. But, what they don’t tell you is: this shot is so dangerous, according to top experts in the field. And, even without immediate harm from an injection, the effectiveness of the HPV vaccine has been called into question by many within the medical world.

It’s true! According to the U.S. Centers for Disease Control and Prevention (CDC), “in most cases, HPV goes away on its own and does not cause any health problems.” Yet, the ‘fear of cancer’ is the number one emotion causing so many to voluntarily accept this toxic medical procedure.

Keep in mind, when receiving this vaccine – with an active infection present – you can actually increase the risk of the virus progressing to cervical cancer. And, since many women may not know they have the virus, getting the HPV shot could trigger devastating consequence.

Despite the Merck company being aware of this risk and disclosing it during their licensure in 2006, they do not make any official recommendation for HPV testing prior to vaccination. Merck also does not highlight the vaccine’s content of aluminum – which has been associated with many health problems.

Unfortunately, the HPV virus is so prevalent, just about everyone who has ever been sexually active will likely be exposed to the virus. But, the good news is that for over 90 percent of people, the virus clears up on its own within two years.

The risk of a chronic HPV infection is higher in those who smoke, use oral contraceptives, have a compromised immune system, suffer from chronic inflammation, have had many sexual partners or who have given birth to more than two children.

Women between ages 30 and 39 who have had abnormal pap smear tests and signs of dysplasia have a 55 percent higher risk of HPV infection. However, believe it or not, the American Cancer Society says the HPV vaccine is “unlikely to provide much if any benefit” in older individuals. It’s worth noting that after the age of 39, HPV risk declines.

With so much uncertainty surrounding the HPV vaccine, it’s probably not a good idea to be expanding its reach to even more ‘customers.’ The human population should never be used as a ‘market test’ for any drug or medical procedure – especially without being fully informed about the dangers.

Instead, regular check ups and healthy lifestyle decisions remain the cornerstone of any intelligent cancer prevention program – not the blind faith in a highly toxic vaccine injection.