(WNS)–Online streaming service Hulu has refused to air commercials produced by Students for Life of America (SFLA) that encourage women to seek healthcare somewhere other than Planned Parenthood.

In an attempt to reach women who might not normally see pro-life material, SFLA created two ads that note Planned Parenthood’s close association with abortion and refer women to a federally funded healthcare center, of which there are more than 13,000 across the country. The ads target women unsure about abortion but wary of pro-life organizations. SFLA wanted the ads to function like a public service announcement, instead of a “pro-life vs. pro-choice” campaign. 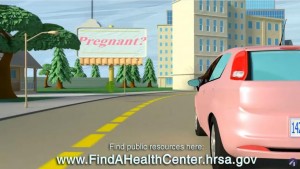 SFLA first discussed advertising with a Hulu representative in May. In early June, Hulu sent SFLA a proposal—including prices—to reach its target audience. But when SFLA submitted the ads in October, Hulu refused to accept them.

“Unfortunately we can’t accept ads that surround issues like this. We’ve run it past our ad standards team and it does not fit with the environment,” a Hulu account executive told SFLA, adding Hulu doesn’t accept ads relating to guns, gambling, marijuana, or abortion.

But emails between Hulu representatives and SFLA indicate the company knew about the organization’s mission and the purpose for the ads when it expressed interest in airing them. After getting the rejection, SFLA asked Hulu for more specific guidelines or for potential edits to the videos, but Hulu never responded.

“We weren’t trying to be controversial. Our commercials never even promote a ‘pro-life’ website. We simply produced these ads to show women that there are federally funded, non-biased options for care. Isn’t that what choice is all about?” Hawkins said.

Hulu didn’t return a request for comment for this story.

“The only reason Hulu would find this controversial is because Planned Parenthood is currently caught is the middle of a damning scandal, where high-level officials were seen on video discussing the harvesting and sale of baby body parts,” she said.

SFLA has asked supporters to petition Hulu CEO Mike Hopkins to air its commercials. Meanwhile, Comcast has agreed to run the ads.

“Hulu is censoring content, and it’s a shame to see them do this because our commercials are designed to help women, not exploit them like Planned Parenthood does,” Hawkins said.