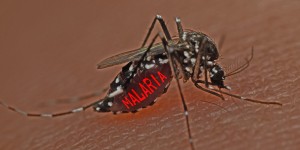 Under the headline, Malaria trial pays Africans to be bitten, The Times of London reports that human “guinea pigs” in the West African state of Burkina Faso are being paid to expose themselves to mosquitoes that could potentially carry malaria or other diseases.

Although the Bill & Melinda Gates Foundation has invested $70 million in the project, The Times reports that about 25 African “volunteers” in the village of Bana are being paid just 69 cents (£0.55) an hour to expose their legs for six hours a night to all mosquitoes in their local environment, as part of a GMO mosquito trial.

The villagers taking part have been given information sheets warning them that they could be bitten by a mosquito and be “infected by malaria or another sickness transmitted by the mosquito”.

According to The Times, for each six-hour shift, between dawn and dusk when the insects are most active, the villagers are paid just $4.17 (£3.30) a night “to compensate for fatigue and time given”. As part of this, they are expected to try and capture the mosquitoes that come to bite them. The information sheet also says they will be tested regularly for malaria.

The trial is being run by the Target Malaria consortium as a first step towards the deployment of so-called gene-drives that aim to eliminate whole species, in this case malaria-carrying mosquitoes.