by Mike Adams – the Health Ranger 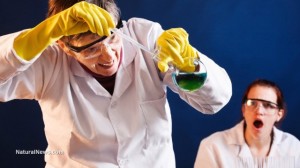 (NaturalNews) We’re saved! The CDC has now partnered with the FDA to approve a new medical treatment for Ebola, guaranteed to offer 100% protection against the coming pandemic. The new anti-Ebola drug is called “Vitamin D-Nial” and will be offered free of charge at all voting booths on November 4.

CDC director Thomas Frieden held a well-attended press conference this morning, announcing that “When it comes to Ebola, D-Nial is the answer!” He also promised to send thousands of CDC agents into the field, “armed with D-Nial” to halt the perception of the pandemic.

When asked why a CDC employee called “clipboard man” was recently seen walking around the airport tarmac right next to an infected Ebola patient surrounded by medical staffers in hazmat suits, Dr. Frieden simply answered that “D-Nial is the only Ebola protection anyone really needs.”

D-Nial is the answer to Ebola hysteria

Upon seeing the CDC’s astounding news, media outlets such as the New York Times immediately followed with front-page headlines like, “D-Nial is Answer to Ebola Hysteria!” and “America cheers for D-Nial!”

While taking credit for providing the research funding that resulted in the commercialization of D-Nial, the NIH also complained about the small size of its multi-billion-dollar budget which is sadly only larger than 153 world nations. “If we had been granted another billion dollars in research funding earlier,” NIH spokesperson Dr. Fauci explained, “We all could have achieved the power of D-Nial far sooner.”

In honoring the invention of Vitamin D-Nial, President Obama announced a plan to cover the drug free of charge for all Obamacare participants, calling it the “Obamacare Health Insurance D-Nial Plan.”

Offering further praise of D-Nial, President Barack Obama signed an executive order this morning declaring the month of November, 2014 to be “D-Nial Month.” During this month, the President said, “Americans should celebrate the power of D-Nial and the brilliant people who came up with it.” A Nobel Prize in Science is expected to be awarded, shortly after President Obama bombs another country or two in honor of the Nobel Peace Prize.

Vitamin D-Nial is unfortunately administered rectally, but former TSA agents have been hired by Walgreens and CVS to deliver the medicine with experience and precision. The CDC is now preparing to plaster retail pharmacies with posters that declare, “Bend over for public health! Your dose of D-Nial is ready!”

Other patriotic posters in the planning stages will depict a line of smiling Americans bent over at the hips, saluting to the Con-mander in Chief while receiving their mandated doses, accompanied by the slogan, “My D-Nial saved my baby” and “When it comes to public health, nothing works as good as D-Nial.”

The inventors of D-Nial, a team of brilliant Big Pharma researchers who also invented ADHD and other fictional diseases, is now hopeful that D-Nial can be applied to many other potential health care challenges of our time.

“We think that D-Nial might also work to solve the problem of superbugs spreading through U.S. hospitals due to the medical abuse of antibiotics,” the researchers stated. “D-Nial has already proven itself to be such a powerful component of modern medicine that we see a wealth of applications across the industry.”

A similar medical discovery expected to be announced later this year is reportedly called “Vitamin B Afraid of ISIS” whose sales will help fund the endless U.S. war effort against imaginary enemies that are used to frighten the American public into supporting a military surveillance state.

When it comes to solving problems with drugs, nothing beats government ingenuity. Because when times get tough, the one thing all U.S. government leaders have learned and mastered is that D-Nial is always the answer. 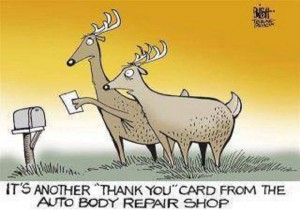 Leo and Sam exited and locked the car in a hurry, forgetting to remove the key, which was in the ignition. Realizing the mistake, Leo asked, “Why don’t we get a coat hanger to open it.” “No, that won’t work” answered Sam. “People will think we’re trying to break in.” So Leo suggested, “What if we use a pocket knife to cut around the rubber, then stick a finger in and pull up the lock?” “No,” said Sam. “People will think we’re too dumb to use a coat hanger.”  “Well,” sighed Leo, “we’d better think of something fast. It’s starting to rain, and the sun roof is open!”

A man takes his place in the theater, but his seat is too far from the stage. He signals to the usher and says, “This is a mystery, and I have to watch a mystery close up. Get me a better seat and I’ll give you a handsome tip.”  So, the usher moves him to the center of the third row, and the man, after a high five, hands the usher a quarter. Yep. A mere 25 cents. The usher looks at the quarter in his hand, smiles, leans over, and quietly whispers, “The wife did it.”

The mighty oak was once just a little nut that held its ground.

A little boy opened the big family Bible. He was fascinated as he fingered through the old pages. Suddenly, something fell out of the Bible. He picked up the object and looked at it. What he saw was an old leaf that had been pressed in between the pages.  “Mama, look what I found,” the boy called out. “What have you got there, dear?”  With astonishment in the young boy’s voice, he answered, “I think it’s Adam’s underwear!”

Hospital regulations require a wheel chair for patients being discharged. However, while working as a student nurse, I found one elderly gentleman already dressed and sitting on the bed with a suitcase at his feet, who insisted he didn’t need my help to leave the hospital.  After a chat about rules being rules, he reluctantly let me wheel him to the elevator.  On the way down I asked him if his wife was meeting him. ‘I don’t know,’ he said. ‘She’s still upstairs in the bathroom changing out of her hospital gown.’

After twenty years of shaving himself every morning, a man in a small Southern town decided he had enough. He told his wife that he intended to let the local barber shave him each day.  He put on his hat and coat and went to the barber shop, which was owned by the pastor of the town’s Baptist Church.  The barber’s wife, Grace, was working that day, so she performed the task. Grace shaved him and sprayed him with lilac water, and said, “That will be $20.”  The man thought the price was a bit high, but he paid the bill and went to work. The next morning the man looked in the mirror, and his face was as smooth as it had been when he left the barber shop the day before. Not bad, he thought. At least I don’t need to get a shave every day.  The next morning, the man’s face was still smooth. Two weeks later, the man was still unable to find any trace of whiskers on his face. It was more than he could take, so he returned to the barber shop.  “I thought $20 was high for a shave”, he told the barber’s wife, “but you must have done a great job. It’s been two weeks and my whiskers still haven’t started growing back.” The expression on her face didn’t even change, expecting his comment. She responded, “You were shaved by Grace and once shaved, always shaved!”

A key ring is a handy little gadget that allows you to lose all your keys at once.

A Sunday School teacher began her lesson with a question: “Boys and girls, what do we know about God?”

A hand shot up in the air. “He is an artist!” said the kindergarten boy. “Really? How do you know?” the teacher asked.  “You know … Our Father, who does art in Heaven.”

A doctor and a lawyer were talking at a party. Their conversation was constantly interrupted by people describing their ailments and asking the doctor for free medical advice. After an hour of this, the exasperated doctor asked the lawyer, “What do you do to stop people from asking you for legal advice when you’re out of the office?” “I give it to them,” replied the lawyer, “and then I send them a bill.”

The doctor was shocked, but agreed to give it a try. The next day, still feeling slightly guilty, the doctor prepared the bills. When he went to place them in his mailbox, he found a bill from the lawyer.

How come one careless match can start a forest fire, but it takes a whole box to start a campfire?