Hungary steps up to fight persecution

At a government-sponsored conference this month on the topic, Orban reminded attendees that Christians are the most persecuted religious group in the world. While condemning all persecution of Christians, Orban focused on regions where violence and genocide caused the “forced expulsion” of millions of Middle Eastern and African Christians in recent years.

“The greatest danger we face today is the indifferent, apathetic silence of a Europe which denies its Christian roots,” Orban said. There is “no excuse for Hungarians not taking action and not honoring the obligation rooted in their Christian faith,” he added. 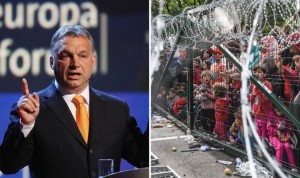 A little more than half of Hungary’s population identifies as Christian even after Soviet-era repression, according to the CIA World Factbook. Advocates, religious leaders, and political officials from 30 countries discussed how to solve the Christian persecution crisis at the Budapest event, according to the National Catholic Register.

Orban argued for helping Christians return to their homelands and said Hungary was giving directly to churches in those nations rather than through “customary” channels like the UN. That approach isn’t universally supported.

Hungary created a deputy state secretariat for the aid of persecuted Christians in 2016. The nation has spent millions of euros on Iraq reconstruction and a scholarship program to bring Catholic students to study in Hungary.

Many leaders thanked Hungary for its help, including Chaldean Patriarch Louis Sako of Baghdad, who sent a message to the conference. Sako called on other countries to do more to meet the educational, security, and humanitarian needs of persecuted Christians, the Register reported.