I probably shouldn’t say this

At the risk of putting yet another target on my back, I want to let you in on a little family business. While I don’t travel as much as I used to, I have been in some tenuous situations, especially in Africa. My wife and I have a longstanding agreement between us–that if I ever were taken hostage or in a situation where the American government had to choose whether to use deadly force, negotiate a bad deal for my release or be held hostage because of me, by all means use deadly force and I will fend for myself. I never wanted the United States to compromise its principles because of me. No negotiations with terrorists or kidnappers. It’s this or that. I have held this view since the Iran hostage situation. 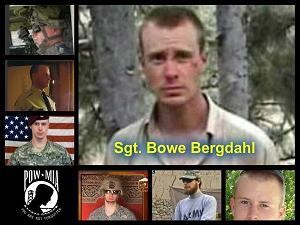 Having said that, the parents of Bowe Bergdahl must be elated. Their son, irrespective of what state of emotion and physicality he’s in, is home. For a parent, nothing can replace the relief and love that this young man will experience from his family as he returns and is mainstreamed back into society. It is perplexing that they claim to be Christian, yet praised allah at the White House for the return of their son.  It all seemed to be too “pat” for a president with Islamic sympathies and a soldier whose parents seemed confused on their citizenship as Americans and in the kingdom of God. The Bergdahls are the smokescreen.

The occupant of the Oval Office broke longstanding policy and negotiated with Islamic terrorists. He gave up five of the most dangerous Taliban Commanders in US custody. They were key relationship builders between the Taliban, al Qaeda, and Iran. He likely broke the law. He sends a signal that the US will give in to terrorists who kidnap soldiers and citizens. It makes me wonder, and it should beg the question: Was there an alternative motive? This president is sympathetic to Islamic causes and has been cozy with the Muslim Brotherhood and its allies since his first foreign policy speech. A small price to pay to aid and comfort the enemy and get a praise report for allah at the White House.

The spin doctors are doing their jobs now. All sorts of bad things are being reported about Bergdahl. That is immaterial. This president made a deal with terrorists. It is really nothing new. He made a deal with terrorists in Libya, Egypt, Tunisia, Yemen and even Syria. He works against freedom and what is right. Psalm 37:12 says, “The wicked plots against the just, and gnashes upon him with his teeth.” National Security Advisor, the infamous Susan Rice of the Benghazi catastrophe, said, “Sergeant Bergdahl wasn’t simply a hostage; he was an American prisoner of war captured on the battlefield.” If we are indeed at war with the Taliban and its accomplices, this president should be tried for treason.