“I Was Once a Witch” 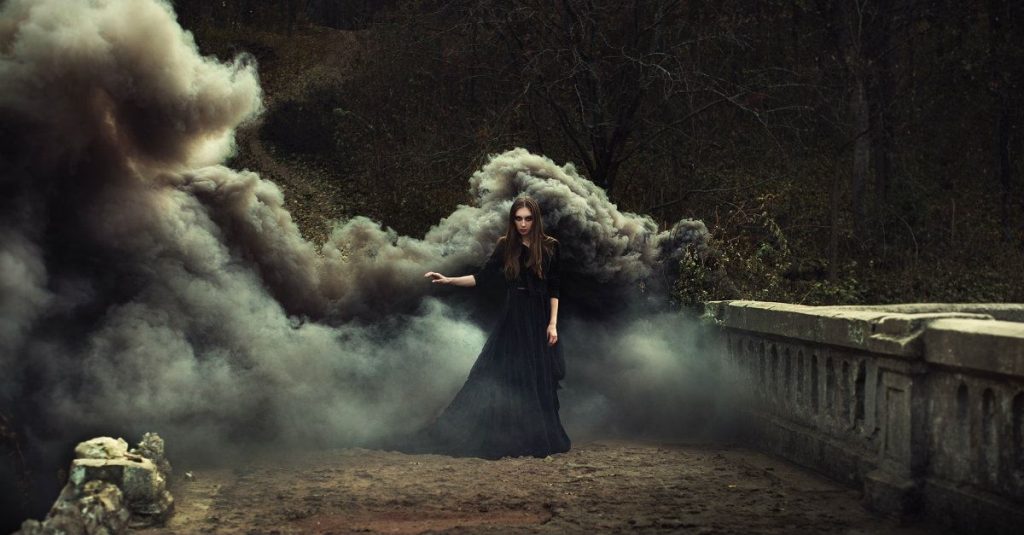 After finally saying “yes” to her persistent roommates’ invitation to an InterVarsity large group, Sarah Sumpolec heard a striking message about altars and sacrifices. She knew about altars and sacrifices. As a practicing witch, she had once set up an altar in her room. But the speaker talked about a different kind of sacrifice. Explaining Old Testament passages about the sacrifices of Elijah and Isaac, the speaker discussed what it means for Christians today to be living sacrifices to God.

“You mean God wants all of me?” she asked herself. That night, she prayed to God for the first time, “I don’t know why you want me, but if you’re real, I’ll be yours.”

Ouija boards, séances, hypnotism, and spells were all part of Sarah’s experience growing up. At a young age, Sarah was introduced to witchcraft by her father, from whom she learned two things: that the occult was truth and Christianity was false. While Sarah’s mother believed in an ambiguous form of deism and would occasionally take Sarah and her sister to church, her father dismissed church as “a crutch for weak people.” Instead, Sarah’s father taught her that she had special powers and was called to follow in his footsteps by pursuing witchcraft. When she was 13, Sarah’s father handed her an old hardcover book of witchcraft from a basement bookshelf, initiating Sarah into the occult.

The occult – which teaches its followers they can change circumstances by invoking spirits and casting spells – was attractive to someone with a home life like Sarah’s. Throughout her childhood, she and her family moved so frequently that, by eighth grade, Sarah had attended 13 different schools up and down the East Coast. Her nomadic existence contributed to feelings of instability, which were exacerbated at home by absent parents. And at the age of 14, Sarah’s father engaged in an affair and became addicted to cocaine, turning her father’s behavior erratic and threatening. Meanwhile, Sarah’s involvement in the occult deepened.

As a young teenager, Sarah began exploring witchcraft on her own by reading books on spells and buying crystals and incense. By high school, witchcraft was an integrated part of her life. Sarah set up an altar in her room, routinely invited spirits to guide her, and cast spells to change circumstances in her life. In her early years of witchcraft, Sarah considered herself a “white witch,” meaning one who does not cast spells to inflict harm.

But as time went on, things turned dangerous. At the end of her senior year, Sarah felt a spirit was telling her that her only chance at a new life was to take her own life as a sacrifice. So Sarah attempted to commit suicide. Sarah drove her car, waiting for it to fill with leaked carbon monoxide. The next thing she knew she woke up lying on the ground next to her car, where she breathed in enough fresh air to survive. Today, Sarah still doesn’t know how she made it out of her car, but believes the Lord saved her.

After her near-death experience, Sarah continued on a destructive trajectory. The summer before she left for college, Sarah moved out of her parents’ house and into a boarding house. She drank every day and prayed to spirits on the beach every night. Having failed a second suicide attempt, Sarah began looking to college as a potential solution to her problems. That fall, Sarah left for Mary Washington College with hope for what her new life at college would bring. 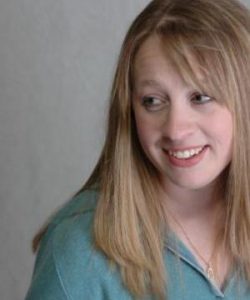 When she arrived on campus, Sarah was placed in a room with two other girls, Kim and Stacy. Not long after meeting them, Sarah decided they were strange. For one, they had Bibles. And not only did they own them, they always seemed to be reading and bringing them wherever they went. “That was the weirdest thing in all my life,” Sarah later said.

Early in the school year, Kim and Stacy started hosting their freshmen InterVarsity Bible study in the dorm room, where the group would sit in a circle on the floor to discuss the Bible. To Sarah, it was like an alien culture – one she tried to avoid every week. Meanwhile, her roommates persisted in inviting her to every InterVarsity event they attended, only to be turned down each time.

And then one week, Sarah stuck around for Bible study. She kept a safe distance from the discussion circle, but she listened while pretending to study. Sarah didn’t understand anything that was being said, and yet she was fascinated. “All I knew was that those people had something I didn’t. I was seeing peace in their life. There was absolutely no peace in my life, but they had true peace.” Intrigued more and more by her roommates, Sarah finally agreed to attend an InterVarsity event right before Thanksgiving break.

At the InterVarsity meeting Sarah listened to a visiting pastor speak about biblical sacrifices. It became clear that her sacrifices and altars were a perversion of something much greater. God was asking her to lay down her life as a sacrifice because he loved her, and in laying down her life, Sarah could have the new life she had been searching for. The message was entirely different than anything Sarah had heard before – this God cared about her and wanted her to know him. Moved by the message, she found a quiet place outside, knelt in the grass, and prayed. After that night, Sarah never turned to witchcraft again.

In the first year of her faith, Sarah faced obstacles. Her parents were angry at the news of her becoming a Christian. She had to confront an old lifestyle of drinking. She didn’t have any background in Christianity as a foundation to build on. Even as Sarah struggled in her understanding of how to live as the new person she had become, she never doubted that her faith in God was real.

From the moment she made a decision for Jesus, Sarah soaked up everything she could that had to do with to her newfound faith. As a sophomore, Sarah burned every remnant of her witchcraft past. “It was me putting a stake in the ground, saying ‘I don’t belong to that world anymore,’” Sarah said.

In her last two years of college, Sarah experienced a shift from simply exploring Christianity to surrendering her whole life to Jesus. By the end of her time in college, Sarah had come into a deep relationship with the Lord. Her life was rooted in Jesus, and she knew it wouldn’t go away when she left campus.

Sarah found herself drawn to working with youth. Upon graduation, she worked in the adolescent wing of a psychiatric facility. Two years later, Sarah returned to school for her teaching license and started teaching. But soon after, God would call her to yet another career involving teens.

While teaching, Sarah was also involved with her church’s youth group. There she met a young girl who caught her attention. Sarah could tell this girl was putting on a façade. The girl knew what to say and how to play the role of a Christian, but it was fake. As Sarah began to wonder about that girl’s life, she felt God telling her to write the girl’s story, the inspiration for what would become a book series entitled Becoming Beka.

Sarah spent that summer off from school writing her first novel, which she finished later that year. Without any experience to draw on, Sarah entered into the new world of writers’ conferences and book publishing. Sarah has since published four other books in the Becoming Beka series, which follows fictional high school student Beka Madison’s experience dealing with family, friends, and faith.

Sarah’s story of transformation as a young adult has put her in a unique position to speak truth into the lives of teenagers during some of their most formative years. “Teens are considering big questions. They’re deciding who they are going to be apart from their parents, who they’re going to spend their lives with. The Lord has so much wisdom to offer in all of these things.”

Sarah’s books resonate particularly among teenage girls, who will often tell Sarah that they, like Beka, just act the role of a Christian. Sarah has hope for teens recognizing God’s call on their lives for a greater purpose. “Who has time for being superficial? God has a mission for us,” Sarah said. “Things will be different if we do what we say we believe. If teens got serious, they could really change the world.”

Sarah’s story is a testimony to the power of students getting serious. She attributes much of her testimony to her roommates living out their faith, loving her, and simply making an invitation. Today, Sarah encourages Christians to live authentically and missionally, because just one invitation can change a life. It did hers.