I was thirsty and you gave me something to drink 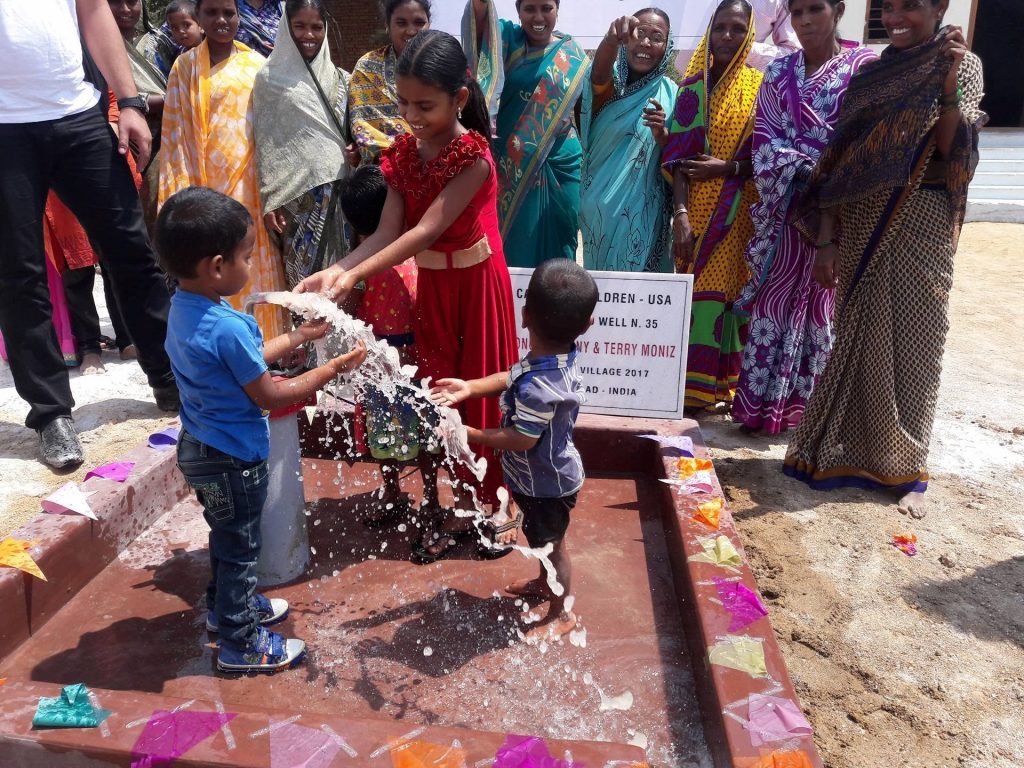 We hear a lot about who deserves this and who’s entitled to that these days in the United States, and there are those who redefine “life, liberty and the pursuit of happiness” almost daily. Meanwhile, the fight to preserve those tenets of this great republic for future generations is ever-present and at times, frustrating beyond measure. But lost in much of the bluster and fake news of the 24-hour media cycle, are some of the more basic and fundamental needs of God’s children in the 21st Century, both in this country and around the globe.

Recently, I was speaking with my 17 year-old who is without doubt his father’s son when it comes to politics, and a super smart young man who pays attention to the world around him. But the child in him is still learning about and struggling with his own blessings and things like hunger and thirst in a world rich with the blessings of a loving God, but seemingly powerless to address simple matters like clean water and enough food to eat. And while there’s always been and will likely always be need of some sort, I’m often stumped for an answer when he asks me, “Why don’t people have enough food and water in modern times, Dad? Why can’t they go to school and have a shot in this life like I do? It just doesn’t make sense in 2019”. I simply tell him, “I know Zach, it really doesn’t make sense, does it”.

Now, I could go down the ideological rabbit hole and give him/you my diatribe on the reasons for humanity’s dilemmas and conundrums, and that would most certainly use up nearly all the space my editor assigns me to praise God and spread His Gospel. But that would be a secular approach to a problem of the heart. The simple truth of the matter is, where there is government of and by the hand of man, there will always be those on a parallel journey, whether by their own design or failures, or the failures of their leaders to govern in a manner consistent with Biblical truths. Notwithstanding my often pessimistic view of humankind’s political (and other) shortcomings, there is still “the need”, and God calls us to fill that need. “For I was hungry and you gave me something to eat, I was thirsty and you gave me something to drink”. – Matthew 25:35

So how then do we cut through the politics to the problem? How do we leave the arguments over policy to the politicians and just act in the best interest of our brothers and sisters in Christ? And how do we do His will, not just comfortably in our own backyards, but in faraway lands absent even a fraction of the resources available to “We the People” here in America? Well, as you’ve read in many of my articles, sometimes we just have to pick up that football and run with it, (or maybe block for those who do). For in the end, there’s a child somewhere in the world who knows not the politics of food, water, cloths and education, but rather simply just wants to live this life He gives us. Enter Pastor Cabral who wrote my editor recently to let him know of his churches ministry efforts, which among a host of other things, include providing clean drinking water by drilling wells in the remote villages in places like India and Pakistan. I spoke with Pastor Cabral to ask him about his efforts. 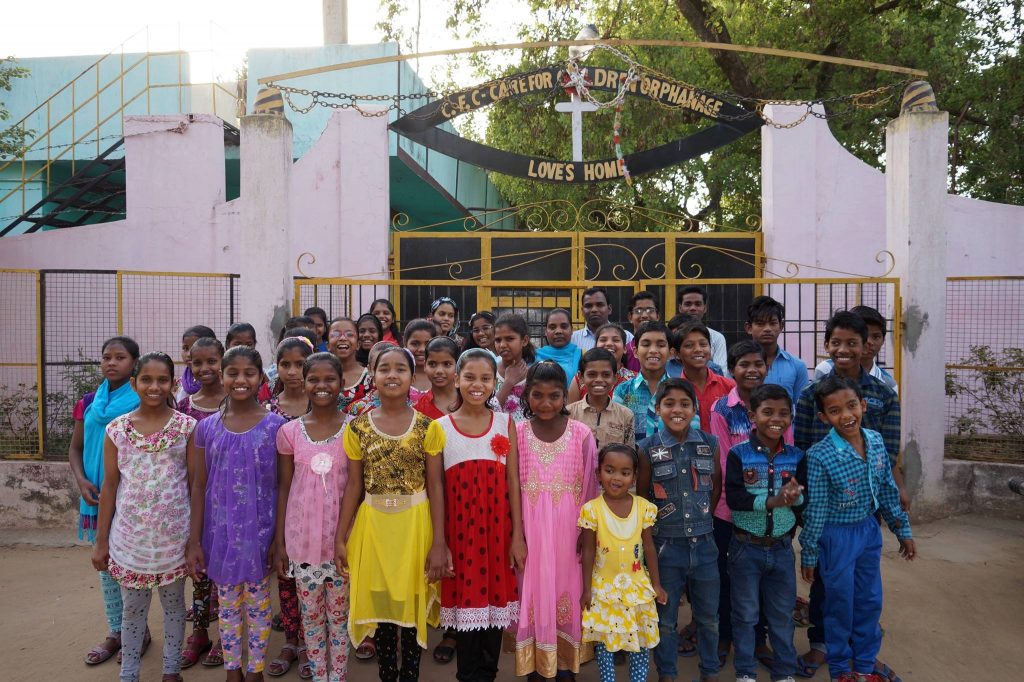 A Care For Children Orphanage in Bodh Gaya

Born in Sao Miguel Azores, the Rev. Jose Gabriel Cabral enlisted in the army as a young man and spent more than two years in Guinea-Bissau, West Africa where he witnessed first-hand the misery and suffering of a people left behind and lacking life’s most basic necessities. Profoundly affected by his experiences there, Cabral promised the God who made him that someday he would find a way to be part of the solution and not the problem when it came to human suffering. “Pastor Gabe” as folks know him today, eventually emigrated to the United States in the early 1970’s, found work in the trades and came to know the near limitless resources of a great and powerful nation. He later accepted Christ as his Lord and Savior in 1978, the first in his Catholic family to do so. Consequently, his father would disown him and swore, “You are no longer my son”. With a heavy heart, Gabe moved on to the mission he knew the Lord had set before him. 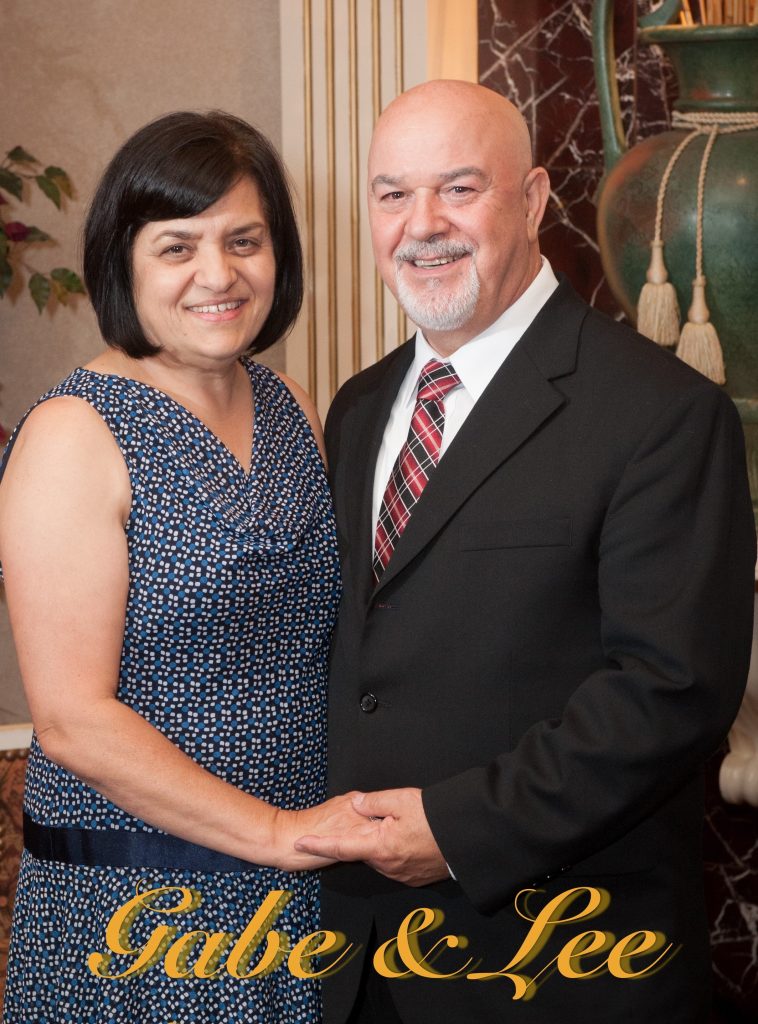 Gabriel Cabral attended Cana Biblical Institute and was ordained an Assemblies of God Minister in 1986. He became a pastor in 1993, “starting a small church with a big heart” as he describes it in 1994. (Conquerors for Christ) in Dartmouth, Massachusetts or CFC, which now supports numerous ministries, funding over $7000.00 in donations monthly, and sharing the “Good News” of Christ’s love and salvation with the world in a traditional and evangelical sense, using the Jesus movie and other faith based resources and volunteers from the church. (Care For Children International Incorporated) or CFCI would follow in 2012, as Pastor Gabe sought an even broader reach into nations not always friendly to Christian outreach, but which are in need nevertheless.

(CFCI) is actually a 501(c)(3) organized exclusively for charitable purposes including relief of the poor, distressed and/or the underprivileged, by feeding, clothing and educating individuals both in the United States and abroad. They also maintain drug and alcohol rehabilitation centers to assist addicted individuals and their families in their recovery, establish and maintain orphanages, educate the poor and underprivileged by starting and maintaining schools, and distribute food and clothing to any who have need of it. They are now active in places like Bodh Gaya, India with well drilling and an orphanage, Contagem, Brazil where they provide food and clothing to the needy and run a public health facility and a three day rehabilitation center for drug and alcohol abuse, Ponta Delgada, Azores providing food and clothing, Rabo De Peixe, Azores, Amora, Portugal, and Praia, Cape Verdi, off the coast of W. Africa, providing housing support and food distribution to widows in the community, as well as Guinea Bissau, W. Africa, where it all began, helping the poor with food and clothing distribution, educational supplies and more.

Ironically, in the years since he was saved, and while busy with the work of Christ, nearly all of Pastor Gabe’s family, 60 in all, have now come to the Lord by way of a pastor’s influence, patience and love. As for the father who turned his back on him all those years ago, well the 86 year-old family patriarch recently accompanied his son on one of his many journeys to the Holy Land, and was baptized a saved man in the River Jordan! Now tell me again “He” isn’t working in all of our lives?? 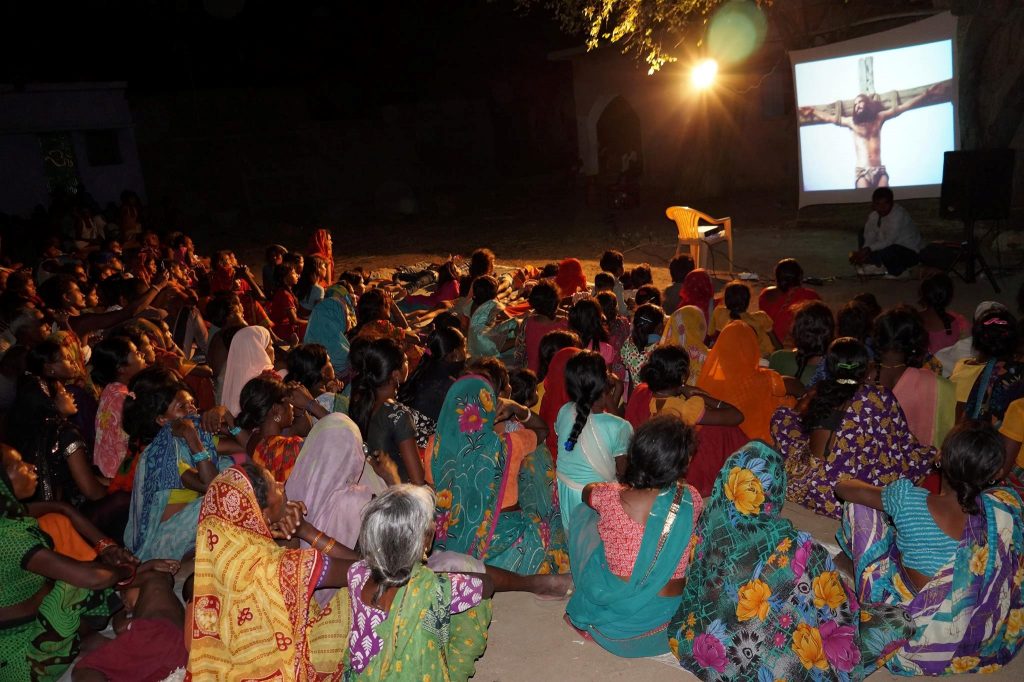 A local village in India watching the Jesus movie

And so, the work goes on, and Pastor Gabe continues to increase his footprint abroad, providing more and more of the services we so easily take for granted. He has a weekly radio program as well and tells me he is receiving more and more donations for his well projects, which cost about $750.00 dollars per well, a small fraction of the normal cost, and that many are memorializing loved ones, events, and businesses in their contributions to build the wells.

We also talked of the ever-growing need as he reaches further and further with the Word of God. Accordingly, donations and resources are needed, thus I refer you back to my earlier football analogy. If you’re not the quarterback or receiver, maybe you could block or run a slant/fade route by sending along dollars in the name of a loved one gone to be with the Lord or even your business or family name. Maybe you would just like to be a part of something bigger than politics and pandering, a solution and an answer when someone asks why things are the way they are in the modern world.

Take care and enjoy your Thanksgiving my friends. And remember that we may be truly thankful by remembering those who have less than us, and whose lives we can and must touch.

You can reach out for more information or to donate to CFC or CFCI on their websites at: conquerorsforchrist.org/about-us/ or careforchildreninc.com.