U.S. officials had allowed four asylum-seekers to remain in the country since the 1990s

(WNS)–As the U.S. tightens immigration enforcement, officials have deported an Indonesian Christian back to a country grappling with persistent Christian persecution.

Immigration and Customs Enforcement (ICE) officials on May 18 put Arino Massie on a plane back to Indonesia. ICE detained Massie and three other Indonesian Christian men earlier this month when they came for their annual routine check-in. Massie’s lawyer had applied for a stay of removal, but the court rejected it. 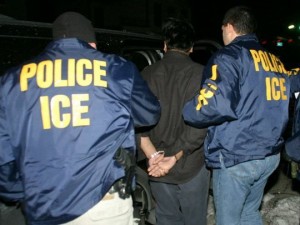 Massie and several other Christians fled persecution in Indonesia in the 1990s, but many of them missed the deadline to apply for amnesty. The Reformed Church of Highland Park, N.J., which has been an advocate for Indonesian Christians in the state, helped to strike a deal with ICE that allowed them to stay in the United States. The immigrants in return had to keep a clean record and meet annually with ICE officials. Massie lived in New Jersey for 16 years with his wife and13-year-old son, who are both still in the country. Massie’s son said he was in school when his father was deported and pleaded for his return.

Indonesia ranks 46th on the Open Doors USA list of the most difficult countries for Christians to live. An Indonesian court recently sentenced the country’s first Christian governor to two years in prison for blasphemy. Rev. Seth Kaper-Dale of the Reformed Church said Massie and the other detained Christians could be at risk in Indonesia.

“They are most likely on a targeted list in Indonesia for highlighting the human rights violations and minority religious and ethnic abuses that led to their initial escape,” Kaper-Dale said.

Under the Trump administration, ICE has arrested more than 41,000 illegal immigrants—a 37.6 percent increase from last year. Officials mostly arrest criminal offenders, although the number of non-criminal arrests also has increased. ICE Acting Director Thomas Homan said the data shows the agency “continues to execute our mission professionally and in accordance with the law, and our communities will be much safer for it.”

U.S. Rep. Frank Pallone, D-N.J., wrote a letter to John Tsoukaris, ICE field office director, calling on him to realize the men’s deportation would put their lives at risk and affect families still in the country.

“I understand the current administration’s immigration priorities have changed and that you are tasked with carrying out these directives,” Pallone said. “However, I ask that you continue to exercise prosecutorial discretion.”