Illustrating the need for religious liberty

(WNS)–An address by U.S. Attorney General Jeff Sessions to a group of Christian attorneys drew fire and false accusations from media sources. The incident served to illustrate the theme of Sessions’ speech—the essential role of religious liberty in America and the need to preserve it. 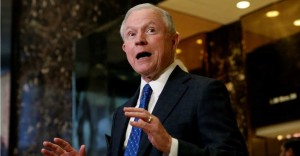 In his remarks to a gathering of Alliance Defending Freedom (ADF) attorneys in Southern California on July 11, Sessions recounted the “Western heritage of faith and reason” that framers of the Bill of Rights understood as the foundation of religious liberties. They did not seek to establish a theocracy but to recognize the rights of conscience that were “essential to being a created being,” he said.

“But the cultural climate has become less hospitable to people of faith and to religious belief. And in recent years, many Americans have felt that their freedom to practice their faith has been under attack,” he told the attorneys. “This feeling is understandable.”

As if to demonstrate his point, a major news outlet writing about the event cited an organization that uses public shaming as a means of silencing or marginalizing the voices of its ideological opponents. The Southern Poverty Law Center (SPLC) in 2016 labeled Alliance Defending Freedom an “anti-LGBT hate group.” ABC News repeatedly used the moniker and unsubstantiated claims about ADF’s intentions toward LGBT people in its report.