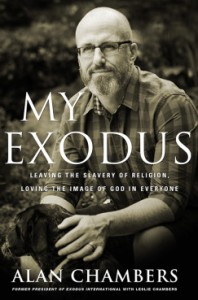 This must be the most grievous thing I’ve ever written as the former chairman of the ministry council for Exodus International. I take no delight in exposing one of the most dangerous things I’ve ever witnessed from a so-called Christian. It is a source of great grief for me and thousands of others.

I have compiled a history of information on the debacle and implosion of Exodus International. It reveals the failed leadership of Alan Chambers under the influence of his pastor and former chairman of the Exodus Board, Clark Whitten. Alan Chambers once communicated that he believed the Bible, but now, he has morphed into a gay activist forsaking Biblical Orthodoxy, where he endorses and even promotes homosexuality. 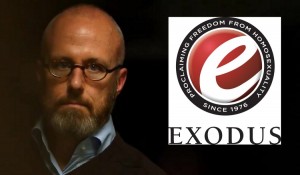 Today Chambers’ idea of freedom, is being freed from what he calls “religious slavery,” which translates that no moral laws are needed to be obeyed in his doctrine of “grace.” His new book, “My Exodus: Leaving the Slavery of Religion, Loving the Image of God in Everyone” is soon to be released. Chambers’ book is being published by Zondervan who has been cautioned that he is not Biblical and promotes homosexuality. Yet Zondervan’s email response to me was a complete endorsement of Alan Chambers in full knowledge of Alan Chambers’ unbiblical beliefs. This tragic morphing has Chambers believing he is righteous and loving in convincing young people to embrace homosexuality.

Chambers also speaks for God now and proclaims that God Almighty is “cool” with Jeff Chu’s homosexual behavior and his gay “marriage.” It might be hard to believe, but you can hear and see all this for yourself in the videos posted online at: www.stephenblack.org.