In North Carolina revival, God saturated one town with his presence

Pastor Randy Hobbs has been pastoring New Hope Baptist Church in Burlington for 37 years, but he’s never seen anything like the revival that began on Mother’s Day of this year and continued until July 29th.

The church invited evangelist C.T. Townsend, 34, to visit for a week. “We had such a mighty move of God in breakthrough power on Friday evening,” Pastor Hobbs recounts. “We felt the presence and the raw power of God, with people moving to God. It’s what God did in the service.”

“We had such a great meeting we decided to continue another week,” he adds.

On Sunday, May 15th, one of “the roughest men in the county” had a dramatic conversion. “We had prayed for him for years, and he’s been coming to church, but we could never get him to move,” Pastor Hobbs says. 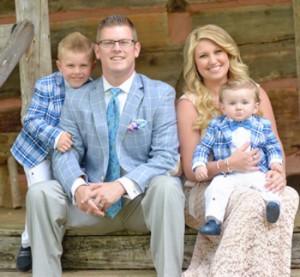 But God softened the man’s heart that Sunday morning and when he came forward, “the whole church erupted in praise and shouting as the power of God fell.” When the Spirit descended, heaven broke loose. “The second week God started saving people right and left, with over 100 saved in the second week.”

Nightly services at the church grew to 700 people, and then to 1000. “People were lined up along the walls. We had to get chairs out and put them in side rooms and the vestibule,” he notes.

After four weeks, the meetings moved to a tent that could hold 3500 people. “We met Monday through Friday every week and took the weekends off so people could be at their local church,” Pastor Hobbs says.

“I’ve never seen anything like it in my life. The drawing power, the raw power of God was there every night.”

“We had all kinds of people saved,” he notes. “We had homosexuals saved; we had drug addicts saved; we had church members saved; young people, even people in their 60s and 70s, a man who came in from Jamaica, first time in the U.S., a mother who flew in her son from Florida and he was saved, a pastor’s wife got saved. It was remarkable.” 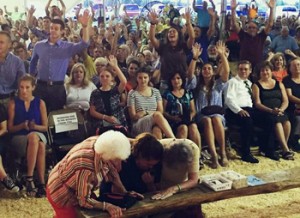 There was remarkable unity among local churches. Forty-nine local pastors came together in a restaurant and lent their financial and moral support. On their first youth night, 5000 showed up. “We were panicking,” Pastor Hobbs recalls. “We didn’t know what to do. We had to put people outside the tent. They were sitting outside the tent.”

People often arrived as early as 3 pm for a 7:00 service. “The services were consistently well attended. There was never an off night. We averaged 2500 to 3000 every night. People were coming from all over the country.

“This was the first tent revival on social media. People came from as far as Texas and Kansas City. Somebody flew in from Alaska and Florida. We had 300 pastors one night in the service.”

Each service began with a combined choir from local churches, then special music, then preaching from C.T. Townsend, followed by an altar call. “The drawing power of God was strong and evident every night,” Pastor Hobbs says.

At least 1249 were saved during the Burlington, North Carolina revival.

“We have to give God all the glory,” Pastor Hobbs exclaims. “This was nothing but a God thing. Man cannot take credit for such a move as this.”

He is praying the revival continues to sweep the nation and the world. “We’re praying for a Third Great Awakening. We trust that this revival will continue and see lasting effects. We could tell God is not through.” 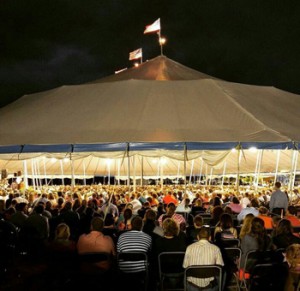 Funds were raised for C.T. Townsend to acquire his own tent. “Lord willing, he will take this tent ministry across the country and Lord willing he will come back here in September 2017,” Pastor Hobbs says.

“We don’t want this to be localized. God is up to something. It may be he’s preparing his people for his return.”

Meeting six days a week, sometimes twice a day, took a physical toll on Pastor Hobbs. “It was the most tired I’ve ever been in my ministry,” he says. “I was physically drained.”

“Our church and our area will never be the same.”