ISIS recruiting appeals to those searching for meaning, purpose

(WNS)–As Islamic State militants blasted their way into international headlines again with the March 22 attack in Brussels, U.S. officials are underscoring their determination to quash the terror group as soon as possible.

“No attack will affect our resolve to accelerate the defeat of ISIL,” said U.S. Defense Secretary Ash Carter, using one acronym for the terrorist organization.

But not everyone within U.S. borders wants to see Islamic State (ISIS) defeated. The terrorist group is increasing its ideological appeal to some Americans, wooing sympathizers with a slick social media campaign promising glory and purpose. In recent weeks, U.S. federal courts have charged two American ISIS sympathizers: one for attempting to recruit and provide material support for the terror group, and the other for attempting to join it.

What are American officials doing to catch these potential homegrown terrorists or stop them before ISIS recruits them? 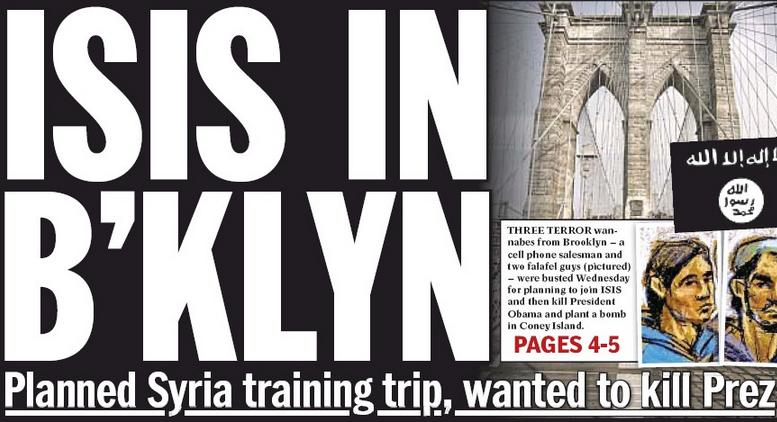 “It depends on local law enforcement to identify people vulnerable to Islamic radicalization within their jurisdiction and to provide off-ramps for these individuals,” said Matt Mayer, a scholar with the American Enterprise Institute (AEI) who works on homeland security, counterterrorism, and domestic preparedness and response issues. He said robust systems like the Los Angeles Police Department collaborate with mosque leaders in the area to detect ISIS-wannabes, based on suspicious behavior and social media posts.

Islamic State recruiters are sophisticated in leveraging social media to attract and inspire. Recruitment propaganda is short and flashy, often targeting a vulnerable audience with the promise of being swept up in a grand, glorious global cause—or a way to belong.

“For somebody searching for meaning and feeling disconnected, that’s a very powerful message, and difficult to resist,” said John Cohen, a criminal justice professor at Rutgers University and the Department of Homeland Security’s former counterterrorism coordinator.

Last week, the U.S. federal court in Rochester, N.Y., sentenced Mufid Elfgeeh, a New York pizza shop owner, to more than 22 years in prison for trying to recruit for ISIS. Elfgeeh, a naturalized Yemeni-born American citizen arrested by the Joint Terrorism Task Force in May 2014, pleaded guilty to attempting to provide material support to a terrorist organization.

“The defendant showed use of social media, through various aliases, to support ISIL and help encourage other members,” said U.S. Attorney Brett Harvey. “The defendant worked to send three people to Syria to fight with ISIL, and though he did not fight on the ground, he considered himself a fighter to help form the Islamic State and impose Shariah Law.”

In an unrelated case, Joseph Farrokh of Virginia pleaded guilty last week to a federal terrorism charge and admitted he was attempting to fly to Jordan to join ISIS. In conversations recorded by the FBI, Farrokh said he wanted to die a martyr.

The best way to counterattack the ISIS social media blitz is with the truth, Mayer said.

“Fight propaganda with accurate facts and images. Show the truth behind ISIS and al-Qaeda, in a way that repels rather than attracts,” he advised.