Recent legislation highlights the stalemate between Israel and Palestine 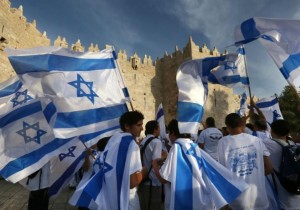 (WNS)–The Israeli parliament last week passed a law that will require a supermajority vote to cede control over any part of Jerusalem.

The move is Israel’s latest attempt to exert full control over Jerusalem since U.S. President Donald Trump recognized it as the Israeli capital. The new law shows how far away peace between Israel and Palestine remains.

The amendment to the Jerusalem Law requires approval from at least 80 of the 120 members of the Israeli parliament, or Knesset, to relinquish Israel’s control over any part of the city. The law also allows the government to remove Palestinian territories from Jerusalem and turn them instead into separate municipalities under Israeli control.

Israel claims Jerusalem as its united capital, while Palestinians want east Jerusalem to serve as the capital of their future state. Palestinian leader Mahmoud Abbas said the Israeli law is “tantamount to declaring war on the Palestinian people.”

Alan Baker, director of the contemporary affairs institute with the Jerusalem Center for Public Affairs, told me the law serves more as a political statement. Lawmakers can repeal it with a simple majority of 61 parliamentary votes. “I can’t see any situation where Israel, whatever political party is leading, will give up any part of Jerusalem,” Baker said”, so it’s probably more symbolic than anything else.”

Ramzy Baroud, editor of the Palestine Chronicle, said Israeli lawmakers are using the laws to further isolate Jerusalem and clear Palestinians from the city. “They understand that the unparalleled U.S. support must be exploited to the maximum and that any delay on those bills would be a missed opportunity.” Baroud wrote for Arab News.

In a historic move in early December, Trump recognized Jerusalem as Israel’s capital. The announcement sparked protests in Palestine and several other countries. Palestinians now worry Trump’s declaration emboldened Israel’s ruling party. In a similar move last week, the ruling Likud party’s central committee passed a nonbinding, unanimous resolution that urged lawmakers to annex Israeli settlements in the West Bank. Abbas commented the resolution could not happen “without the full support of the U.S. administration.”

Attempts last year to revive peace talks between Israel and Palestine showed no progress. Baker said Trump’s declaration of Jerusalem as Israel’s capital will likely have no impact on the peace process since it still remains at a stalemate. After a Saturday meeting with ministers from Palestine, Egypt, and other Arab states, Jordanian Foreign Minister Ayman Safadi said Arab states will push for an international resolution to make east Jerusalem the Palestinian capital. “We want to lessen any losses on the Palestinian side and lessen the Israeli gains,” said Ahmed Aboul Gheit, head of the Arab League.