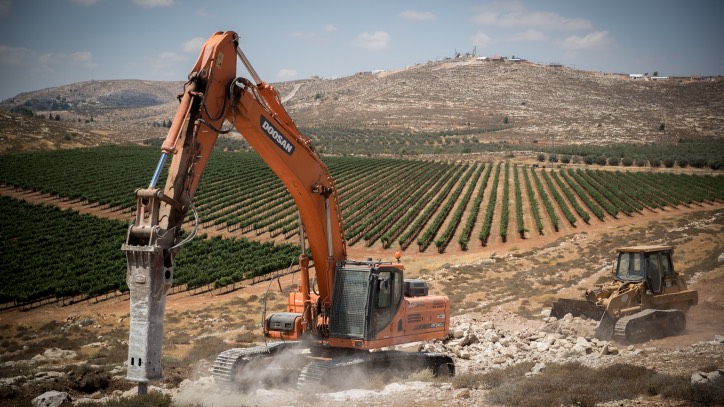 [Israel Today] While unwavering in his support of Israel, US President Donald Trump has quietly echoed his predecessors in labeling the Jewish settlements in Judea and Samaria as problematic. (Photo Credit: Israel Today)

But a group of Israelis on hand for the construction of a new settlement on Wednesday insisted that once he understands the importance of their enterprise, Trump will change his tune.

The new settlement is called “Amichai” and is situated not far from the Biblical town of Shiloh in central Samaria. It is being built, with government approval, for those Jews forcibly evicted from the unauthorized settlement of Amona several years ago.

This week saw the first temporary houses erected in Amichai, with more permanent homes to be constructed in the coming months.

“This is a beneficial period and we, as the State of Israel, must take advantage of this, including by declaring sovereignty over the Jewish communities in Judea and Samaria.

“I think that the American administration is completely with us, and the moment that we explain the importance, [the US] understands it, because it is disconnected from the pressures of the Arab countries.”