Israel’s Top Rabbi: “I’m Currently in Discussions With the Messiah Himself” 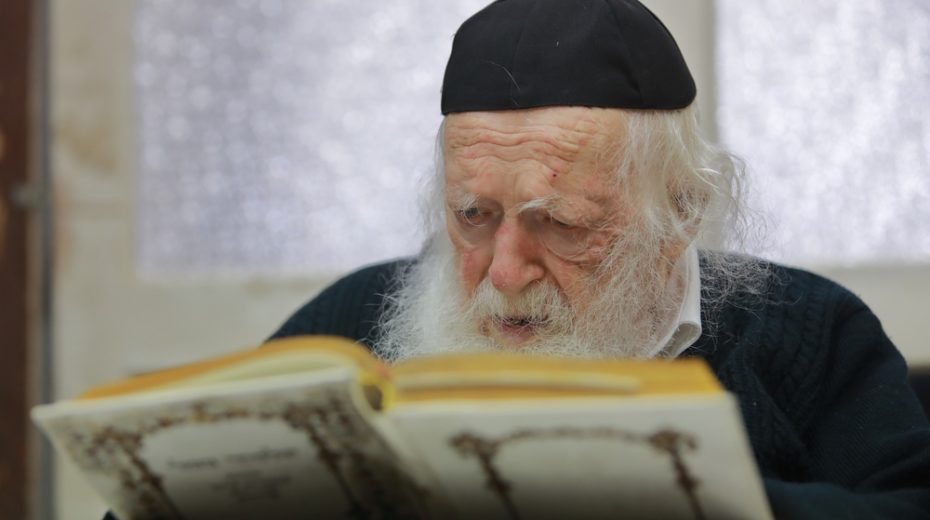 After that, I will pour out My spirit on all flesh; Your sons and daughters shall prophesy; Your old men shall dream dreams, And your young men shall see visions.” Joel 2:28

A Haredi rabbi, privy to secrets concerning the Messiah, was sworn to silence for several decades by hidden righteous men but they have now ordered him for the first time to publicize their messages about current events and the imminent arrival of the Messiah. They tell him that it is literally a matter of life or death.

“I came to talk not only about what will happen but about who will merit to be part of the Redemption,” Rabbi Zissholtz said to Dadon. “A lot of religious people, men with kippot on their heads, will not merit. Many people who do not appear to be religious will be on the inside.”

“Rabbi Shach was one of the greatest rabbis of our generation but what people did not know was that he was one of the lamed vav tzaddikim,” Rabbi Zissholtz said. The rabbi was referring to a Jewish mystical tradition brought in the Talmud (Sanhedrin 97b) that states that “at all times there are 36 special people in the world, and that were it not for them, all of them, if even one of them was missing, the world would come to an end.”

In gematria (Hebrew numerology), the letters lamed and vav combined equal 36, hence the hidden righteous men are called lamed-vavniks. The Lamed-Vav Tzaddikim are also called the Nistarim (“concealed ones”). Jewish tradition holds that their identities are unknown to each other and that, if one of them comes to a realization of their true purpose, they would never admit it. The lamed-vavniks do not themselves know that they are one of the 36. In fact, tradition has it that should a person claim to be one of the 36, that is proof positive that they are certainly not one. For the sake of these 36 hidden saints, God preserves the world even if the rest of humanity has degenerated to the level of total barbarism.

“God chooses them,” Rabbi Zissholtz said to Dadon. “The only way they are revealed is if God decides that they need to be revealed. But it really isn’t important for people to think about them. We don’t need mysticism to serve God. These people suffer greatly just for our benefit.”

“But there are things the public does have to know right now because the process of geula (redemption) is about to start happening very quickly and at a fast pace. It is important that people remain calm and steady to act properly in the right time.”

“There is a Messiah in potential in every generation and there are tzaddikim who know precisely who it is. This is, of course, true in this generation. But a man could be the greatest Torah scholar, appear to be the most religious man, and not merit to see the Messiah.”

Rabbi Zissholtz explained that he had been charged by these hidden righteous men to break his silence and to begin informing the public of the imminent arrival of the Messiah.

“Getting the word out now that the Messiah is closer than ever is a matter of life and death,” Rabbi Zissholtz said. “Haven’t you heard of Gog and Magog? That is what is going to happen very soon. Right now, the situation is explosive more than you can possibly imagine. Everyone needs to know whether they are on the inside or if they are going to be left out.”

SIGNS OF THE MESSIAH APPEARING

Rabbi Zissholtz explained that signs that had been given to signal the arrival of the Messiah are now appearing at a lightning-fast pace.

“Rabbi Dov Kook (a mystic from Tiberias), as everyone knows, is a huge tzaddik (saintly man),” Rabbi Zissholtz said to Dadon, “He is one of the greatest men of our generation as well as one of the least well known. The Haredi community knows that he is a great man but they don’t really understand how wondrous a man he is, that his soul rises up to heaven.”

“In a few weeks, the Kinneret will be full for the first time since Rabbi Kook made this statement,” Rabbi Zissholtz said. He gave yet another example.

“Rabbi David Abuhatzeira is a great tzaddik and many people go to see him, to ask for advice or blessings. One day, he changed his custom and began to stand when greeting the public. He was asked why he changed his custom. He said that his grandfather, the Baba Sali, came to him in a dream. Baba Sali told him that he had spoken with the Messiah who said that when he went to speak with Rabbi Abuhatzeira, he was disappointed that the rabbi did not stand up to greet him.”

Dadon asked Rabbi Zissholtz if the coronavirus was part of the geula process. “The coronavirus has nothing to do with Israel,” the rabbi answered, referring to a verse in Psalms. He shall plague peoples in our stead and kingdoms under our feet. Psalms 47:4

Rabbi Zissholtz cited the medieval French Biblical commentator, Rabbi Shomo Yitzchaki, who is known by the acronym Rashi. He shall afflict the peoples with a plague (דבר) instead of our soul(s) so that His wrath will subside through them, and we will be saved, as the matter that is stated (Isa. 43:3): “I have given Egypt as your ransom, etc.”

“God has anger for the Jews, but this anger will be taken out through this plague on idolators. In truth, the corona was supposed to be on us but it is on them in order to send a message to the world. There are horrible things in the world that need to be fixed: immodesty, lustfulness, profanity. God’s face of judgment is being seen today by the entire world. He is taking all this anger and judgment and throwing it down as a plague.

RABBI KANIEVSKY: “MESSIAH IS ALREADY HERE SPEAKING WITH ME”

An Ultra Orthodox Jewish man prays as he faces the view of the Temple Mount and the Dome of the Rock. (Credit: Aharon Krohn/Flash90)

Rabbi Zissholtz then explained several recent statements made by Rabbi Chaim Kanievsky, one of the most prominent rabbis of this generation, concerning the Messiah.

“I no longer travel outside of Israel. The Messiah is so close that I am afraid that I might miss his arrival. Rabbi Kanievsky said the Messiah is here, in Israel, but he did not give a precise time when he will be revealed. He is here but he does not have all the power he needs to act as the Messiah. All of the signs given in the Talmud, in Jewish tradition, have already appeared.”

“Another Tzaddik said that all the military operations in the past few years will be a mere ‘sprinkling’ compared to what is yet to come. There will be a war with Iran but Israel will not be directly involved.”

Rabbi Zissholtz cited another hidden tzaddik as saying that in this month of Adar we will see “great things.” It should be noted that the Israeli election is in Adar.

“Another tzaddik said that according to the current situation in heaven, there will not be Israeli elections – rather, there will be a war.  This will be a reaction to the Deal of the Century. This is the current status however it can be changed in heaven.”

“Everything is dependent on Israel repenting or not.”

At a later point in the interview, Rabbi Zissholtz explained, “If the elections do take place, voting the upcoming elections is only necessary to prevent sacrilege, but other than that, it’s pointless since it will end like the other elections; no government will come out of it. No one will take the government away from Netanyahu. As Rabbi Kaduri and the Lubavitcher Rebbe, Rabbi Menachem Schneerson, both said, Bibi will be the last prime minister before Messiah. This is the end of the rule of the mixed multitude. We will all see this.” A great many, if not most of the ultra-Orthodox Jews in Israel continue to believe that to be true.

NATURAL DISASTERS BUT MORE TO COME

“Natural disasters are occurring all over the world, including the coronavirus, fires in Australia, some other disaster that was to occur in the atmosphere is occurring now,” Rabbi Zissholtz said.

This is a transcripted translation of the highlights of the first forty minutes of a three-hour interview. The Good News Today will be publishing the remainder of the interview in succeeding segments at thegoodnewstoday.org.